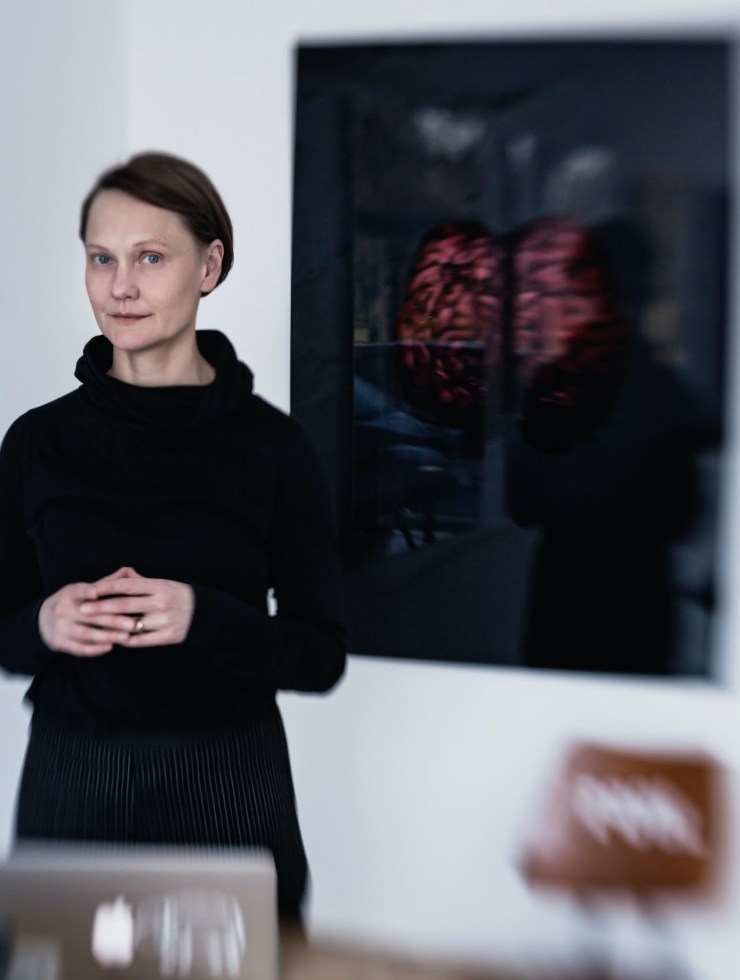 What’s on the plate is only the start of the story for Lotta Jorgensen. Together with her husband and world-renowned photographer Per-Anders Jorgensen, Lotta publishes - and is the creative director of - Fool Magazine, a mook that, to quote its founders, concerns itself with “food, insanity, brilliance and love”. Although Fool covers stories from around the world, home for the Jorgensens is Malmo, a Swedish city whose earthy food and drink scene has more in common with nearby Copenhagen than Sweden’s capital, Stockholm. It’s a city with much to offer visitors: Lotta wants to help you make the most of your stay.

Malmo is very interesting in that its food culture is closer to what’s happening in Denmark rather than our capital, Stockholm. For instance, we’ve had natural wine and a vegetable-based cuisine for a long time in Malmo. It’s a very similar approach to the restaurants that we love in Copenhagen: Manfreds, Noma, Relæ and Amass. They’re all working in the space of vegetable-focused plates rather than caviar and truffles. Malmo and Copenhagen are only 35 minutes apart by train. Very convenient.

My favourite Malmo restaurant at the moment is a Thai restaurant Soi 29. It’s run by husband-and-wife team, chef Alexander Norén and Johanna Jarevik. They learned to cook Thai from David Thompson’s first book and eventually they went to Bangkok and worked at Nahm for a while before opening Soi 29. The genuine Thai flavours are on point: som tum salad, larb and dry jungle curry to mention a few. I also appreciate that they make the effort to source organic ingredients, both imported as well as local. I suggest having their tom yum cocktail with the spicy food: sweet and spicy is a marriage made in heaven. If you order rice with your food, you get both jasmine rice and sticky rice to nibble on throughout the meal. Don’t miss the spicy nut mix.

Pink Head HQ is run by Australian chef Wade Brown. He’s cooking fantastic Asian food with a nose-to-tail approach. So, you might see dishes like pig’s trotter terrine with chilli jam or Sichuan-style dumplings with pig’s head, for example. He changes the menu often, depending on what produce he has. You get what you get, but it’s always creative and tasty. It’s a fabulous place for night-time dining. Wade has a sister restaurant, Pink Head Noodle Bar around the corner of Pink Head HQ. It’s a short menu of noodle-based dishes; dishes like hand-pulled-to-order biang biang noodles with house-made XO sauce.

When in Malmo Saluhallen (Market Hall) you can buy ingredients to cook yourself at home, but you can also go there to eat. And actually, it’s a great place to experience the local culture and flavour. I go here for lunch at least twice a week. You can get delicious grilled sandwiches (Poms Mackor), Swedish-style wood-fired pizza (Hedvigsdal Pizza), fish and chips (Söderholmens Fisk) and genuine Swedish meatballs (Clemens Kött & Husman). Almost all outlets have natural wine and craft beer. Another destination in the city is Mitt i Mollan. The setting is a cool 1960s building converted into a food court that has everything from bao to vegan ice cream from Kold as well as a great local kombucha producer called Roots. The whole place is amazing for vegan and vegetarian food, but not limited to it.

Where To Lunch In Malmö

When friends visit Malmo, we also love to take them to Saltimporten Canteen. It’s only open for lunch Monday to Friday but it’s “the” lunch destination at the end of the industrial harbour of Malmo. It was opened by Sebastian Persson and Ola Rudin around 10 years ago. It’s really like a canteen. You get in line, you take your own cutlery, glasses, water (or wine) and sit down at long communal tables. It’s loud and fun. I like to come here as late as possible once the worst of the lunch-hour rush is over. Ola and Sebastian prepare the dishes in front of you, again, just like a canteen. They do only two dishes a day: a vegetarian dish and a protein-based dish. It’s all organic and delicious. The dishes are always beautifully presented and this is what separates them from a canteen you can clearly tell they have background from fine-dining. You’ll see people taking pictures of their plates because they’re just gorgeous. It’s also very, affordable. If you’re lucky you might get their organic soft-ice with a wafer-thin meringue with fennel seeds and salt as topping. It’s really addictive. Another lunch favourite is Korvhuset for hot dogs with mash (potato) or coleslaw. It has 101 different kinds of sausage, including vegan. It’s super laid back, yet nice.

The Restaurant That Changed Malmo

Bastard was one of the best restaurants in Malmo. Since opening 11 years ago, a lot more restaurants have been braver. I think it’s fair to say that Bastard changed the restaurant scene in Malmo. The restaurant was so easy-going and the food is comforting. We absolutely loved the little Bastard. The team closed it in December of 2019 and opened a new place called Ruths at the same location. Ruths shares Bastard’s ethos but with an added bakery and deli. Being able to buy and bring home the restaurant’s boudin blanc and brown butter ice cream –  even as late as 11pm – is just what we have been missing in Malmo. Chef Andreas Dahlberg’s cooking is incredible: simple, uncomplicated and with a distinguishable taste. He has a certain eye for how it looks. And the wine menu, which is strictly natural wine, is also highly recommended. Hot tip: don’t leave without having a dessert. And, make sure it’s a dessert with ice cream.

Run by husband-and-wife Martin Sjostrand and Emma Andersson-Sjostrand, natural wine bar Julie is a totally unique concept. It doesn’t have a kitchen, only a rotisserie. So, there might be chicken or lamb on the rotisserie and its drippings fall onto and flavour the vegetables roasting below. There’s wine, beautiful French cheeses and local charcuterie. It’s a straight forward and brave way of cooking without a kitchen, and they’re doing it deliciously. What’s also great about Julie is that it’s open every day of the week for lunch and dinner. If you’re around in the summer, do not miss their destination restaurant by the sea Horte Brygga.

“The Best Burger Restaurant Ever”

If we’re feeling too lazy to cook we go to the best burger restaurant ever, Casual Street Food. It does burgers, fish and chips, and of course, serves natural wine and top craft beer. Sometimes we visit Casual as often as twice a week. If we have chefs or journalists visiting, we always bring them here for some comfort food. The patties are fat and juicy and they’re always made from local, organic meat. Speaking of meat, do not miss the veggie version of all burgers, I personally love the cricket Burger with a veggie pattie.

This guide wouldn’t be complete without coffee. Solde Kaffebar is a living room (for my better half) and a gossip central for many. For the past two years, it has been offering an all-day breakfast complete with the best croissants and pain au chocolat in Malmo. coffee. Without Solde, Malmo wouldn’t be the same.