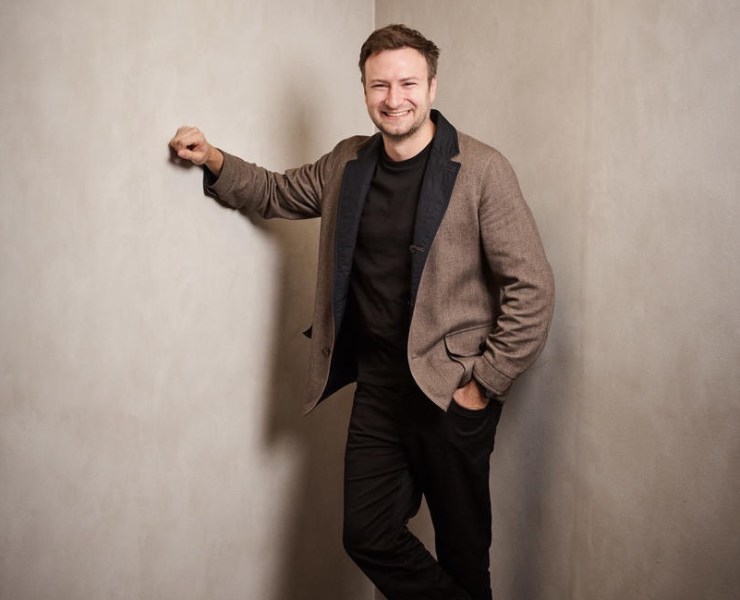 “I travel a lot, eat incredible specialties, and meet fantastic people,” said film director David Gelb while presenting at the Collegio San Carlo, a cultural centre in Modena, Italy. “I’m very lucky.” The food world is equally fortunate that he decided to turn his lens on restaurants and chefs around the planet. In addition to directing the seminal 2011 documentary Jiro Dreams of Sushi, Gelb is also the creator of the hit Netflix series, Chef’s Table and Street Food, and is a major new voice in food media. Here’s where he takes visitors out to eat when they’re in LA.

A Restaurant Inspired by a Buddhist Korean Nun

Baroo was my favourite lunch spot. They closed but are planning to reopen in 2022. Baroo’s food is inspired by Jeong Kwan, a Korean Buddhist nun who was one of the subjects of Chef’s Table. Jeong prepares vegan food in her monastery and uses a lot of different fermentation and special cooking techniques that were handed down by nuns over the generations. But Baroo also served meat dishes. I always loved their Karma Circulation, a Korean fried-chicken rice bowl which was so delicious.

I’m an old friend of Ludo Lefebvre, and I love to eat at his restaurants. One of them is Petit Trois in the valley, which has a big, beautiful dining room; it’s stunning. On the menu, they have really delicious French classics with a kind of Californian twist to them. I go down there for brunch a lot.

Northern Thai street-food restaurant Night + Market is a great place. Actually, anybody who’s in L.A should definitely go there after watching the Street Food Bangkok episode, because you get to try what delicious Thai street-food really tastes like – which is awesome.

I love Manpuku, a Japanese yakiniku restaurant. Yakiniku is basically grilled beef that you cook, sort of like Korean barbecue. I’ll go there with some friends and we’ll get a beer pitcher and just have a good time. It’s a fun place to go and let off some steam. I was just shooting something in Colombia and I found myself really craving sushi. My favourite places for sushi in L.A right now are Sushi Park, Shunji and Jinpachi.

I’m kind of obsessed right now with APL steakhouse in Hollywood from Adam Perry Lang. Adam’s really mastered the art of dry-ageing – you know, finding the perfect temperature, the humidity, the air-pressure, all that stuff – and it’s just awesome. It’s a great place to go for an end-of-the-week celebration slash relaxation. Another great restaurant that I’m obsessed with right now is Bavel: it’s amazing Israeli food by Ori Menashe and Genevieve Gergis, the two chefs who opened Bestia, which is one of the best Italian restaurants in the city.

If I’m Going To Have Fast Food…

I’m a big supporter of In-N-Out Burger. If I’m going to have fast food, it’s going to be In-N-Out. It just tastes fresh, and I feel fine after I eat it – you know, it doesn’t drag me down.

When the Stars of “Chef’s Table” Come To Visit

Vespertine is a very, very cool place. It’s kind of like being on an alien space-ship; the architecture, the food, everything is really, really interesting. It’s definitely something to try, but you have to be willing to try food that is different, and sometimes even unrecognisable. Chef Jordan Khan is kind of taking the Grant Achatz (of restaurant Alinea) style another step weirder – like, a whole leap weirder. It’s really, really interesting. It’s not for everyone. In fact, most chefs when they come to L.A aren’t interested in visiting fancy restaurants – except for Grant. Grant Achatz wants to try everything.

For example, when Gaggan [Anand from Bangkok] comes to town, he just wants to have a relaxing and kind of normal, local meal. So, I took him and his whole travelling chef team to Marvin, a really nice French bistro run by a good friend of mine, Max Marder, who’s a very cool guy. You know, it’s just your perfect neighbourhood restaurant with these big kind-of family tables perfect for sharing delicious steaks, pasta and plates of charcuterie. It’s a great little restaurant.

“The Most Delicious Bacon I’ve Ever Tasted”

I love Sqirl by Jessica Koslow; she’s a really clever chef. Sqirl makes the most delicious breakfast and brunch kind-of food and the most delicious bacon I’ve ever tasted. I especially love her famous ricotta toast, and her crispy rice bowls, they’re awesome. Brian McGinn – director and producer of Chef’s Table – lives near there so we’ll go and have a nice brunch sitting outside. When Corrado Assenza came to town – he’s the gelato chef from Sicily in Chef’s Table Pastry – we took him to Sqirl, and he loved it. We had a great time there.

Augustine is a great wine bar in Encino, a neighbourhood in The Valley. It has the most beautiful interior, and the owner Dave Gibbs is a vintage wine collector, and so he always has these old, rare, and interesting bottles. You know, he’ll be opening bottles from decades ago and you’ll be drinking something from the 70s. Covell in West Hollywood is another wine bar that’s a lot of fun and a great place to drink some good wine.