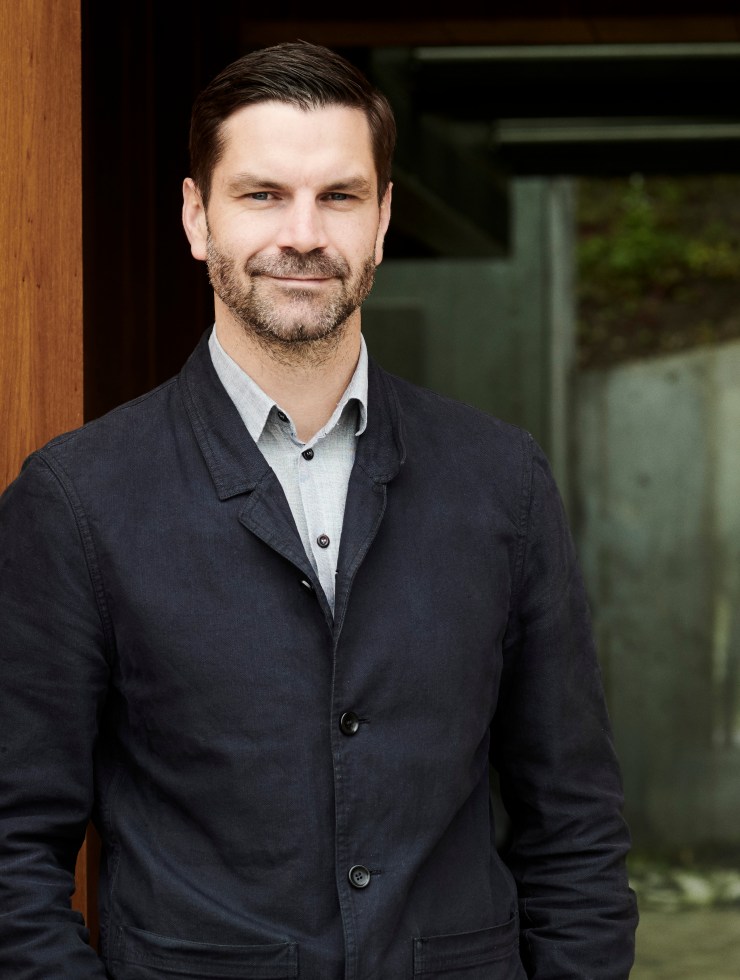 “I packed up my life and knocked on the door.” In 2009, long before Noma was named best restaurant of the world, James Spreadbury knew that the New Nordic venue was doing things differently. And he wanted in. Since then, the South-Australian has gone from waiter to restaurant manager to business partner. These are the restaurants and bars that have been an important part of his journey.

[Editor’s Note: James Spreadbury has moved back to Australia. This guide was last updated March 2020]

I love to eat and I do it as much as I can, but it’s become more rare and difficult, not only with my job, but with my family life, too. A lot of the time we’ll take the kids out with us. One of my favourites is Sanchez, both the taqueria Hija de Sanchez and the restaurant. I’ve always liked Mexican food, but since coming back from the pop-up we did in Mexico, it ignited a huge passion for that type of food and cooking. Owner Rosio Sanchez used to work at Noma, so it’s awesome to see her doing her thing. She followed her dream. I love seeing how happy she is in her own little space there and doing so well. In Copenhagen when the weather is a little dreary, a place like that is a little ray of sunshine. That sort of food and that sort of atmosphere. The cocktails are incredible. It’s great music. It’s fun. When we take the kids, it’s me, my wife, eleven-month old twins and a four-year-old going wild, but they just look after us so well. “Don’t worry about the kids,” they’ll say. Being able to eat and drink something delicious but also being in a comfort zone, especially when you have kids: that’s a real hard act to balance and they do it so well there.

A Relaxed Italian Osteria With A Great Cellar

There’s a little relaxed Italian place not too far from Noma called Rufino Osteria. I love that place. It’s a bunch of Italian guys who worked in Copenhagen at various other places, then eventually got together to open their own small Italian joint. And these guys are good. With the kids, it’s really relaxed and fun, but I go there with just my wife as well. They hand-make all their pasta, and they make really traditional stuff. It’s super delicious and really well-priced as well. The wine menu is amazing. Alberto Sala runs the wine list and he has a great open mind to covering all of the really good natural winemakers in Italy, which I lean towards. I love those wines. He also has some of the really great classic Italian stuff as well. Alessandro, one of the chefs, is a good friend. We’re both into similar music so we’ll go to punk rock shows together. Even though I’m an old dad, I still try and do that.

I’m really passionate about wines, and thankfully, there’s a lot of great wine bars in Copenhagen. There’s Ved Stranden 10 which is a pretty famous one. They’re good friends. I used to frequent it a little more often when I had nights out. Of course, the wine selections are fantastic. It leans towards the natural wine spectrum and it covers a really broad range. The people behind the bar are just great. Their spirit. Their service. Their relaxed approach. In summer, Ved Stranden has the terrace set up and you’re basically sitting on the canal in the centre of Copenhagen directly across from the Danish parliament, which is quite a spectacular building. On a really nice sunny day, it’s just perfect. In the sunshine, everyone really gets out and makes the most of it. There’s also a really cool place called La Banchina. It’s like this old, run-down, shanty-like shack that they’ve just turned into something. They haven’t really done it up much. You can sit on the dock, on the water, in the sun and drink Aperol spritzes and really great simples wines. They have delicious, simple snacks too. You can also get a good piece of roasted fish with greens. When the weather is good for it, you can jump in the water and have a swim. There’s even a sauna there as well. It’s a really fun place to go. Another wine bar I love to go to is called Gaarden & Gaden.

There are so many great restaurants in Copenhagen. Two of my favourites are Relae (which has permanently closed) and Amass, which are, of course, well-known. I loved Relae. I loved that it had an approach to being certified organic in everything that it did and the food was always really simple, but really clever. I loved the restaurant’s pure approach to cooking and to ingredients, and the fact that it had its own farm. I loved to visit a few times a year when I could, just to follow the menus. The atmosphere was great, too. Everyone there was a long-time friend, especially in the kitchen. The head chef, John Tam, used to work at Noma with us. Matt Orlando at Amass is a great friend and I love what he’s done with the restaurant. It’s around the corner from Noma as well and an awesome space. He plays good hip-hop. He also has an incredible approach to sustainability and creating menus that not only use the whole ingredient, but also focus on using leftovers and waste in the cooking. The things he comes up with are clever, fun and delicious.

Rosforth & Rosforth are wine importers who’ve been around for about 20 years. Their wine import business and warehouse is underneath a bridge on the harbour. It’s such a cool space and they open it up so you can go in, taste wine and buy wine directly. They do tastings on Saturdays. It’s a fantastic place to go and visit and they’re such incredible people. It’s my go-to for wine in Copenhagen. I always send people there. Rosforth is more or less the guy that started the whole organic, biodynamic and natural wine movement in these parts. I just love the vibe of it. I’ll go down there and they’ll be in the middle of cooking a staff family meal, and they’ll invite me in to eat with them and open bottles. They also have their own wine bar across the water from where they’re situated called Den Vandrette. It’s also fantastic and a great wine bar. It’s below street level which is quite classic for Copenhagen. There’s a great selection of natural wine and really good, delicious, simple food. It’s a place that I and the team at Noma went to often.

I love the rye bread here in Copenhagen. It’s just so good and it’s healthy as well. Hart Bageri is incredible: it’s part of the Noma family. Richard Hart is an absolute master when it comes to sourdough. The pastries there are also unbelievable. If you’re in town and you’re into bakeries, then you have to go to Hart, for sure. It’s amazing. Juno is also very good. It’s a different style. The guy who runs it is Swedish so you’ll find traditional Swedish pastries and cakes.

An Introduction to Danish Coffee Culture

The coffee in Copenhagen is incredibly good. You can get a really good cup, especially if you’re into the Nordic-style, which is a black pour-over filter style. There are three coffee roasters I look for, and you can get them in different places throughout the city. There’s Coffee Collective, which is great, and also Koppi Coffee Roasters from Sweden. Then you’ve got places that work with Tim Wendelboe from Norway – who we also work with at Noma.

Eiffel Bar is a dive bar just around the corner from the old Noma. It’s quite funny because young Danes would come and have this really beautiful, lovely dining experience at Noma, and then afterwards they would go to Eiffel Bar. And Eiffel bar is where you get yelled at in Danish by the woman behind the bar who runs the place. It’s aggressive. It’s really bad Danish beer. And it’s full of smoke. But it’s a lot of fun. I can’t really handle going there anymore because the smoke just kills me. In Copenhagen they do have the smoking law, but if a bar’s under a certain size, then people are still allowed to smoke inside. Which doesn’t really make sense. But if you want to try a traditional – what the Danish would call bodega – there’s a lot of them. They’re everywhere. And everyone has their favourite bodega or dive bar. Eiffel Bar was one that I grew up with because it was around the corner from Noma and both the team and the guests would sometimes end up there. It’s a terrible place that you should definitely try.