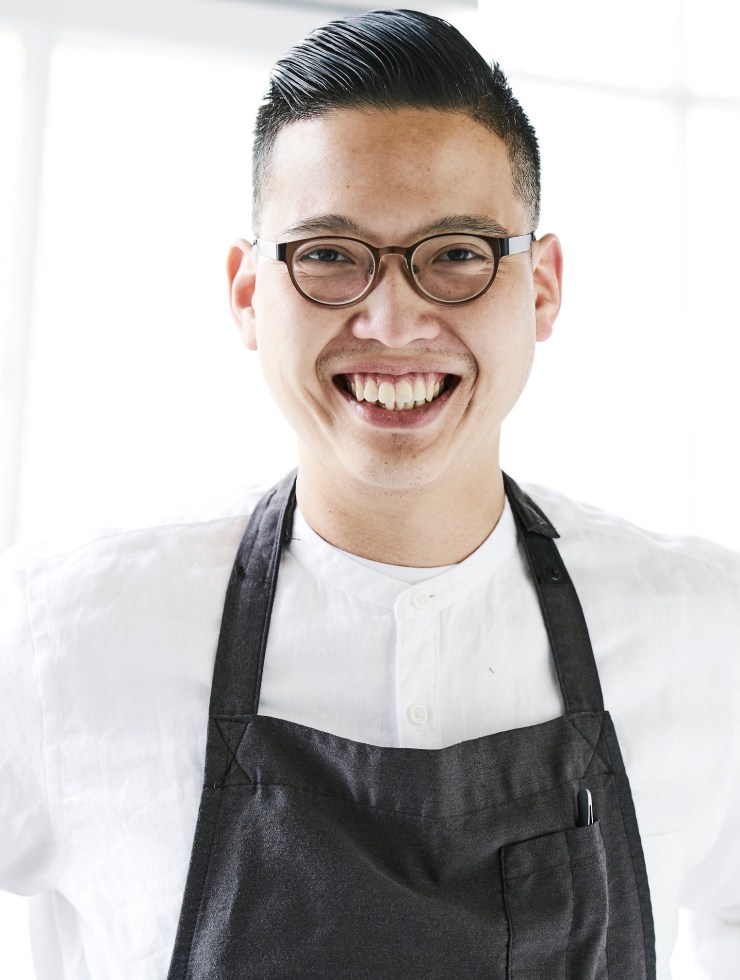 “Was it malicious? No. Was it culturally insensitive? Absolutely.”

He was at Lee Ho Fook, a Melbourne restaurant with a reputation for precise, modern Chinese(ish) cooking. Its chef Victor Liong, was one of the 148 chefs taking part in that night’s Grand Gelinaz! Shuffle Stay In Tour: a global, movable feast in which cooks from around the world swapped and reinterpreted recipes – “matrixes” in Gelinaz! parlance – in a show of cross-cultural unity. Liong was preparing dishes from Maum, a Michelin-starred modern Korean restaurant in California, America. As Liong set about recreating soondubu (soft tofu soup) and galbi (beef rib) tartare, Nourse was transmitting images and video from the night.

“Do you have a message for the person that received Le Ho Fook’s recipes?” Nourse asked Liong while the chef was boiling matchsticks of raw potato.

The person on the receiving end of Liong’s recipes was Gianluca Gorini, chef and proprietor of Da Gorini Ristorante, a deeply regional restaurant in San Piero in rural Emilia-Romagna. Come the end of the festival, it was Gorini – not Liong – that was doing the apologising. Sort-of.

During the dinner, Gorini shared – among other things – a photo on Instagram of the restaurant’s kitchen team wearing Asian conical hats – British readers may know these as “coolie hats” – while pulling back the corners of their eyes (see “ching-chong eyes”). The photo has since been deleted but not before being screenshotted and heavily shared – and heavily criticised – on social media.

In this day and age! Get fucked! It’s a shame that @the_gelinaz brings chefs together to share cuisine, culture and kitchen is stained by this racist behaviour! Shame on you! There is no room for racism in any kitchen! @gianlucagorini your empty apology does make up for what you are! #racist #notimeforracist #food

Yet for all the outrage generated by Gorini’s initial post, it had nothing on his follow-up: a picture of the chef, hand on head, looking contrite, accompanied by an apology – some might say “apology” – prefaced with the sentence, “I never thought that a photo could generate all this.”

As of Friday evening Australian-time, the post on Gorini’s personal Instagram has generated 459 – and counting – comments. Most of them have been less than flattering with many calling the chef out for his non-apology and tone-deafness of the original post. (In a heavily-shared Eater article on the incident, writer Jaya Saxena likens the picture to that of a “kid who accidentally glitter-glued his art project to his desk”).

Liong’s initial reaction to Gorini’s posts, understandably, was anger, but with time, his stance softened.

“At the start I was f-cking pissed off,” admits Liong who weighed in with a few pointed, but restrained comments online. “But then I thought about it and Googled where his restaurant was and it’s in a small town a couple of hours from Florence in the middle of nowhere. Was it malicious? No. Was it culturally insensitive? Absolutely. Was it the smartest thing to do? Absolutely not. I don’t think what’s happening is helping him understand or be better. I’m going to be the last person to sit there and call him names. Hopefully he’ll learn from this process but unfortunately it’s 2019 and everyone is just out for blood.”

Dear Victor Liong @smokeystevenson , Dear All, I never thought that a photo could generate all this. The shot in question was dictated by the excitement and enthusiasm that the confrontation with a new culture has generated in our daily work. Now I realize, that I probably don’t know the subject of the question well enough and that I have underestimated its meaning. I am against all forms of violence and above all I am against all forms of racism. I strongly believe in comparison, sharing and contamination with other cultures and countries as a stimulus for my growth and that of future generations. I apologize to all those I have offended. It was not my intention to offend anyone, much less discriminate against other cultures. So please Victor, I would love to invite you to come in Italy and spent some days here in my restaurant as my guest, to celebrate the meaning of the relations between different cultures and make a four hands dinner together. Forgive me! @the_gelinaz —

Talking through the incident on the phone with Liong , it’s hard not to be impressed with the 34-year-old’s level-headedness and empathy. This incident isn’t exactly a new one for Liong – “I grew up in Australia in the early 90s and I copped all this shit before and saw my parents get racially vilified” – yet he’s still been able to spare a thought for Gorini and his circumstances.

“Australia is such a multicultural nation, a big part of growing up here is understanding other people’s cultures and using that to influence and inspire you,” he says. Indeed, Le Ho Fook’s food owes as much to Liong’s own family history as it does Melbourne institutions ranging from pasta hang-out Tipo 00 to late-night spot, Butchers Diner. “If you’re in the middle of a small town, I can’t imagine those things inspiring him too much or being built into his understanding. Hopefully everyone involved can see that there wasn’t an evil bone in his body. He was just misunderstood and misinformed. And a bit of an idiot. There aren’t 15 posts of him being racist. It’s a one-off and he didn’t know better and handled it poorly. Unfortunately, he was part of a global food festival that everyone was watching.”

When contacted for comment, Gorini forwarded The Local Tongue a statement expressing regret for what had happened. In comparison to earlier comments, Gorini, it seems, has taken responsibility for his actions: “I understand today that it has been an incorrect and inadequate choice” is one of the more pointed passages in the release. “It deeply saddens me to realize that I have created a negative feeling within this wonderful international event, which purpose of promoting cultural exchange I have always supported and whose spirit I fully endorse.”

Although much of the commentary online is critical of Gorini, there have also been those that have come to the Italian’s defence. Liong, perhaps surprisingly, has been one of them.

“I hope that Gianluca is okay because he’s in the eye of the storm,” says Liong. “Lee Ho Fook, myself and all of my businesses don’t condone racism. We’re pro-inclusion. I think the world should be celebrated for similarities instead of differences. These are all things that I stand for. All it takes is a little bit of compassion, a little bit of understanding and a little bit of knowledge.”

Gelinaz! has issued an official statement distancing itself from Gorini, pledging to donate proceeds of his dinner to fighting racism and proposing the two chefs cook together again in future.