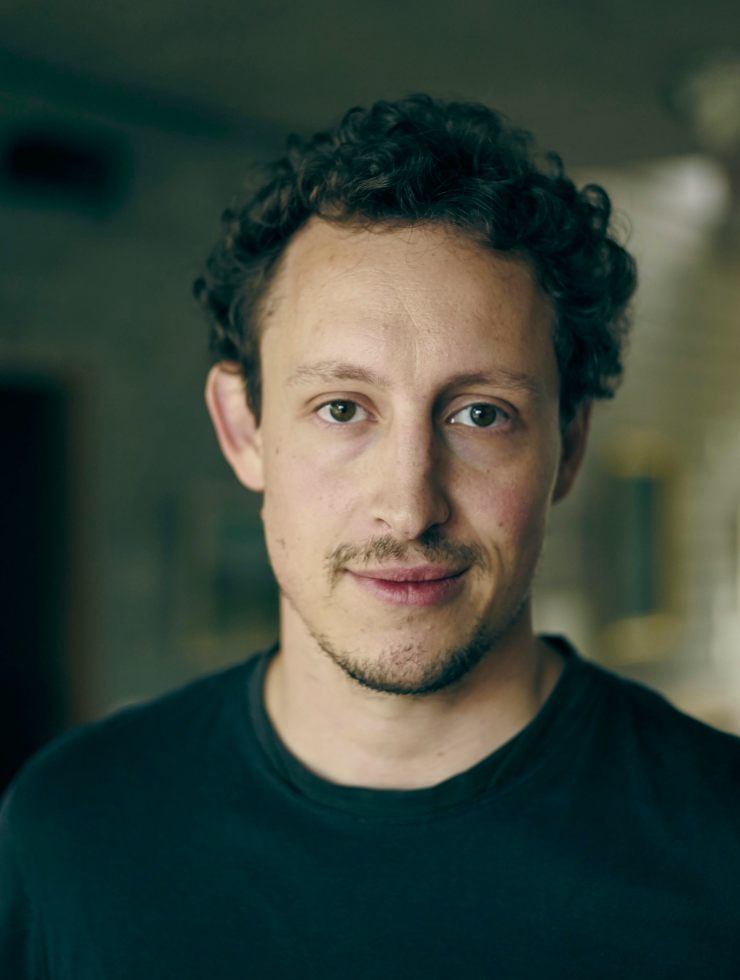 Joao Grinspum Ferraz doesn’t just want to break bread: as cultural history researcher in Sao Paulo, he wants to study it, track its history, consider its nutritious and cultural significance and preserve it for the future. Celebrating bread is just one way this historian and political scientist contributes to his city’s food culture. He has written and directed the documentary series, Behind the Plate, featuring chefs from Ferran Adrià to Alain Ducasse. Joao also runs Casa do Carbonara, his home “not-a-restaurant” – and now YouTube channel and information hub – that brings together world class chefs, curious eaters and good cooking. These are places he thinks make dining out in Sao Paulo great.

If I’m talking about the restaurants that I love most in Sao Paulo, I have to start with Mocotó. It’s on the outskirts of the city about 40 minutes from downtown Sao Paulo near the international airport, but it’s completely worth the travel because the food is fantastic. It’s the best food in Sao Paulo. It’s very cheap. It doesn’t do tasting menus. It’s a traditional bar that has been in the same family for the last 20 years. The son of the owner took over and refined the food, not in a fancy way, but the cooking style is more refined: making the broth the best it can be, sourcing the best ingredients. Everything on the menu is fantastic. It’s a total hit. It serves 1000 people every Saturday and Sunday. Whenever international chefs are visiting Sao Paulo, we always bring them here. And everybody loves it. It’s cooking traditional food from the northeast of Brazil. And when we say the northeast of Brazil, we could be referring to the coastal foods near the north-eastern beaches, which is one kind of food, or the inland – the countryside of this same area – which is totally different from the coastal food. In the inland area, it’s a very dry region, almost a desert, so it’s a very specific food. And the family that runs this restaurant comes from this area, so it’s a very specific cuisine with a lot of offal and innards, broths and cured meats. The food is very simple, very popular and absolutely delicious.

You have to bring people visiting Brazil to Japanese restaurants. Sao Paolo is the city with the largest population of Japanese people outside of Japan, so there are many amazing places to eat Japanese food such as sushi, soba and izakaya food. There are some very special places to eat sushi. We don’t have sushi chefs that come from Japan, we have a rich community that goes back and forth to Japan to learn to make sushi. The problem is that we don’t have the same fish that Japan has because we have a hot sea, but still, the chefs are very skilled in making very good sushi. You won’t find a sushi restaurant in Europe that’s as good as what we have in Brazil. We’re very lucky. I would say there are three to four very good sushi restaurants in Sao Paolo. My favourite one, which I think is also the favourite sushi restaurant of local chefs, is Shin-zushi. It’s a very old Japanese restaurant. It used to be run by the dad of the itamae [chef in Japanese] and it’s my understanding that he spent 14 years in Japan to study sushi. Now he runs it with his brother. There is always a really nice range of fish available. It’s a big residence, so you can sit at tables and order specialties, but I really recommend you sit at the counter and have the omakase experience. It has delicious hot food, but the omakase is just too good to miss.

Restaurante Kidoairaku serves great izakaya food. It’s actually a bar, but for this type of food, it’s amazing. It does the classics like eggplant with miso, fried pork belly, and karaage chicken. It also has good sake. It’s exactly the type of place you want to go late at night, but it actually closes quite early at 9-10pm depending of the mood of the owners. There are others that stay open later, but for izakaya food, this is the best.

Komah is a great Korean restaurant. It’s very good cooking and the chef is doing a modern interpretation of Korean food. I think it could be seen as the equivalent to restaurant Atoboy in New York. It’s simple food, but executed really well. The chef is very good. He worked at fine-dining restaurants in New York and Sao Paulo before opening Komah. It’s not expensive, but it’s very creative and very refined. There is an amazing dish of sautéed kimchi rice with an omelette on top. The omelette is very creamy and the rice has a crisp bottom, like a paella socarrat, so you have all these amazing textures. It’s a beautiful, delicious dish. This is definitely a hipster place. It’s small, it’s a bit noisy, but has beautiful, minimalistic architecture. It’s not fancy at all. I love it.

Corrutela is a restaurant from chef César Costa. He’s such a skilled chef and very talented. He’s worked at zero-waste restaurant Silo in England, with Alice Waters (Chez Panisse, Berkeley) and with Christian F. Puglisi at Relæ. He’s taken all of this experience and created his own take on a sustainable restaurant and producing as much as he can inside the restaurant. Everything is organic, and the restaurant makes use of everything to really reduce waste to almost nothing. The dishes remind me very much of what you would find at Lyle’s in London, or Estela in New York. The food is very beautiful, very creative, very simple, and very delicious. It’s also not expensive at all. You can order a lot of dishes to have in the centre of the table to share. There’s a good natural wine menu but you can also BYO, so a lot of people bring their own wine. The food here works so well with wine. It’s a very happy place to be.

Italian restaurant Fame Osteria, which means hunger in Italian, has a very skilled Italian chef who’s from Rome. It’s a very small restaurant that only seats 12 people and the food is very good. The chef is very good at combining modern and classic Italian food. I would say his food is influenced by chef Niko Romito’s way of cooking: not too many ingredients and not too particular in the plating, but very good in flavour. It’s very hard to book, but I go as often as I can. The chef loves wine, so the wine list is very nice as well.

The Best Brazilian Restaurant in Brazil

Oteque, a fine dining restaurant in Rio, isn’t in Sao Paulo, but it really deserves a mention because it’s for sure the best restaurant in Brazil. When we can travel again, this will be the first place I go. It’s absolutely unbelievable. It’s a restaurant that we’re going to hear a lot more about in the next few years. In terms of Brazilian restaurants, it’s by far the best one. Chef Alberto Landgraf has long been one of Brazil’s great cooks, but now that he has his own restaurant, he has the opportunity to do whatever he wants. It’s difficult to explain Alberto’s cooking style. It doesn’t look like he’s trying to show off. He just has a very good sense of taste, is very good at balancing acidity, and understands ingredients. He really is an amazing cook. The restaurant has an amazing wine selection and very good sommeliers. The service is amazing. The place is beautiful, and the food is as good as it can be.