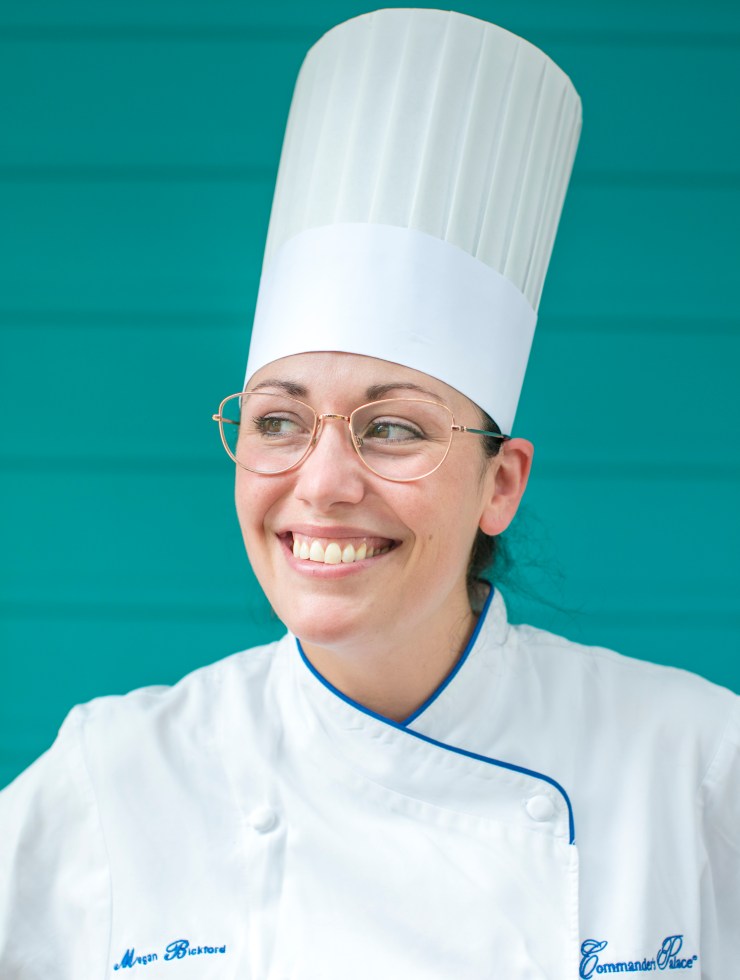 New Orleans is a city that knows how to have a good time. And despite having to deal with hurricanes and global pandemics, the people that call The Big Easy home will tell you that they have much to be grateful for. “When the good times are good, they are so good,” says Meg Bickford, chef of the city’s long-standing landmark, Commander’s Palace. When she’s not doing her part to uphold the restaurant’s 130-year legacy, these are the local places she likes to spend her time at.

New Orleans: A City In the Midst of an Exciting Food Change

Food is kind of everything in New Orleans. We celebrate food and music as much as we celebrate life. These three things go very much hand in hand and are incredibly important to us. The history of New Orleans and our cultural influences are celebrated in the food, so our food culture is pretty wild. The city has gone through various exciting food changes and I think we’re in one now. We used to be an all-the-time city: seven days a week, 14 to 18 meal periods for every business. It was always on. That has changed. It was heart-breaking to see some institutions in the city not come back, but at the same time, it was very inspiring to see how many new restaurants were opening after the pandemic. It was a true testament to the city. We don’t give up very easily.

There are so many new places and the city is really embracing them. One of my top spots is Marjie’s Grill, a killer place on South Broad Street. It’s run by Caitlin Carney and Marcus Jacobs who are doing great things for the industry. Their Creole Tomato Som Tam Salad is to die for. They also make smoked yard bird (chicken) that melts in your mouth and serve it with a nuoc cham (a Vietnamese dipping sauce made with fish sauce, chilli and lime) that blows your mind. The atmosphere is super awesome and eclectic. They built a big back patio a year or two ago and it’s a place I take friends to. Marjie’s Grill has a sister restaurant called Seafood Sally’s which is also really awesome. I suggest getting your boiled seafood “tossed”: the garlic chilli butter is stellar. Palm and Pine is another great restaurant in that new vein and does an eclectic mix of coastal food. It’s delicious.

There are tons of chefs that are moving and shaking things up in the restaurant scene. Michael Gulotta is a local chef that I admire very much. He’s got Maypop, Mopho and a new Italian restaurant in Metairie. Maypop is a very classy joint downtown. I love its aesthetics and it’s got this southern Asian fusion thing going on. There’s a bibb lettuce salad with coconut cucumber ranch, green tomato relish, cashew crisp and chaat spice on the menu that blows your mind every time. I also like the blue crab dumplings and the house-made noodles. I’m also a major fan of Nina Compton. She’s great and has had a remarkable presence in the city. She has two restaurants: Bywater American Bistro and her flagship Compere Lapin in downtown, which is incredible. She just never disappoints. Susan Zemanick has been a name in New Orleans for a long time. She continues to really impress with her killer neighbourhood joint Zasu.

We are incredibly bold with our flavours, which helps New Orleans’s cuisine stand out. We don’t shy away from seasoning our food. I try not to stray too far from home for long, but whenever I am away, even for a short time, I miss that heavy-handed seasoning and the complexity that we’ve become accustomed to. I crave that depth. Saffron Nola is an uptown restaurant I find really interesting. It does elevated Indian food, which we don’t see a lot of in New Orleans. It’s very much inspired by local cuisine and ingredients and that unusual mix of both cultures is something I can’t get enough of.

The Countdown to Crawfish Season

Nothing compares to our coastal seafood. The plethora that comes out of the Mississippi River basin and the Gulf of Mexico off the coast of Louisiana is incredible. Crawfish is one of our most celebrated seafood. There’s a strict season for it and if you miss it, you miss it. You find it everywhere when it’s the season and it is such a celebratory time. We probably start seeing them around January or February. As we enter May, they start to go away. The Galley Seafood is one of my favourite restaurants for boiled seafood. Seithers Seafood is another place for it: it’s got picnic tables and is really fun. If I’ve got friends in town and we have the time to travel, I would take them way south of the city to a very small town called Galliano outside of Golden Meadow. There’s an old gas station there that’s been converted to a restaurant called Little Eagle that’s only operated during crawfish season. It opens when the crawfish becomes affordable – in the beginning of the season they’re still pretty expensive – and as soon as the shell starts to harden at the end of the season, it closes. It’s literally a gas station with some picnic tables and mismatched chairs. It only serves crawfish that they boil and dump right onto your table. There’s an honour system for beverages: you go into the cooler and grab yourself an ice-cold beer. It’s an incredible experience and a total cultural immersion.

I also like taking people to Mosca’s, this old Italian restaurant in Westwego off Highway 90. It’s in a white brick building that doesn’t look much like anything, so you can drive right past it without noticing it. But it’s an incredible place that is totally on the list of things that you must do in New Orleans. I like taking people for a drink at the Maple Leaf Bar on Oak Street. They’ve got a bunch of local musicians playing there all the time and it’s a hell of a time. Tipitina’s is another incredible local venue for live music. I unfortunately do not go as much as I used to.

The Places I’ve Been Eating at Since I Was Little

As much as I love restaurants and eat out as much as possible, growing up meals were had at home. Both my parents cooked and we had dinner on the table seven nights a week. We only went out for big celebrations. There are some places that I’ve been going to since I was little. Places like Venezia, an unassuming old-school Creole-Italian spot in Mid-City on Carrollton Ave. I walk into that place and I can feel all of my family sitting around a big table, passing big bowls of spaghetti. There are places that I’ve been going to for a while as an adult too. Shogun is one of them. It’s an awesome Japanese hibachi restaurant on Veterans Memorial Boulevard in Metairie. My daughter is four years old and this has become her favourite restaurant. We go in there and she places her own order, gets tons of food and we just have a blast. Who doesn’t love hibachi? The sushi is incredibly fresh and some of the city’s best. Tan Dinh is another unassuming place that I’ve been going to for a long time. It’s a Vietnamese restaurant on the Westbank that’s very much worth the ride to Gretna. Its sugar cane shrimp and lemongrass chicken wings are absolutely to die for.

The restaurant game in New Orleans has changed since Covid. A lot of it has to do with the staffing shortage. Places tried to stay open for as long as they could throughout the lockdown. The city turned into a take-out town. We were doing take-out at Commander’s Palace, something we never thought that we would do. We also began shipping our food nationwide through Goldbelly, which continues to be an important revenue source as we recover. The biggest goal was not only to create revenue for the business but to also employ as many people as possible. It’s something that we continue to do. We also normally served hot meals to our staff twice a day. It was incredibly important to us to continue to provide that food to them even when the restaurant was closed. We started a relief fund to try to help as much as we could. It was a very challenging time for everyone but there was tons of that going on throughout the city, which was pretty incredible. Isaac Toups is a restaurateur here in the city and he and his team have been providing food for industry folks since the start. New Orleans is notorious for being a very resilient city. We’ve had our trying past and a lot of things to overcome. This was just another one of them. The city has gotten good at coming together and protecting each other.

Looking After Our Musicians

During the lockdowns, we also partnered with a group called the Krewe of Red Beans and did a big push to feed musicians. New Orleans is full of incredibly talented musicians and that was an especially hard time for them. At least in restaurants we had the opportunity to do something. Musicians had literally nowhere to play because they were banned and that devastated the city. We provided meals to them and tried to find opportunities for them to play. The jazz brunch at Commander’s is incredibly popular, so when we opened for take-out on Saturdays and Sundays, we had a musician come and play on the sidewalk in front of the restaurant to try and recreate the experience that would typically go on inside the restaurant.

Where To Drink After Hours

The Kingpin is my favourite bar in New Orleans. It’s very much a local bar with a really cool neighbourhood crowd and great bartenders. The Rendezvous Tavern has been a go-to for the Commander’s team for a long time. It’s kind of the dive bar for our restaurant. If someone doesn’t know about The Saint, then it’s probably a good thing. Whatever goes down in that dive bar won’t go in writing.