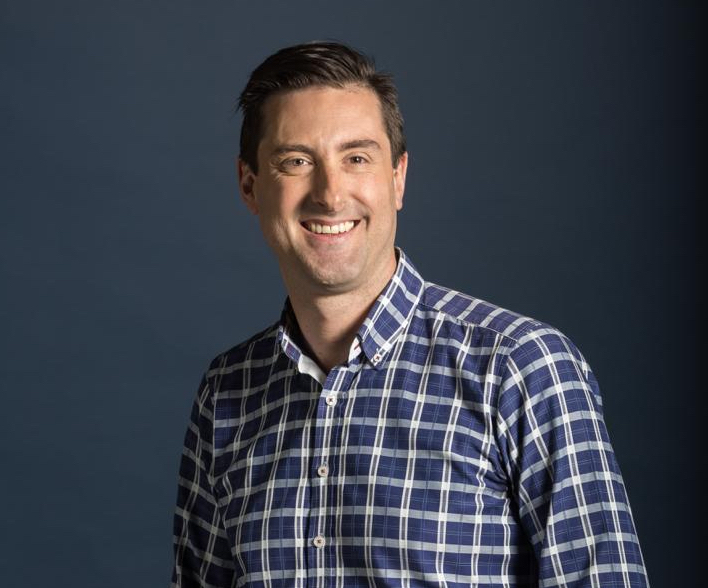 As the former food critic for Melbourne’s Herald Sun newspaper, and now senior comms manager for Mr Yum (a delivery platform), Dan Stock is constantly eating somewhere new. Keeping on top of these openings is demanding and it takes something special for a place to warrant repeat visits. Stock’s day job means he eats widely and has the inside running on where to get a great steak (cooked by an alum of legendary French chef Pierre Koffman, no less) as well as where to take stock of Melbourne’s current obsession with vegetables.

The one venue that I make an effort to go to more often, or most often, is actually a pub: the Fitzroy Town Hall Hotel. It’s my idea of the perfect venue. I’ve been going there for years. It might be a pub, but the food, the whole package really, is elevated. It’s just a brilliant all-rounder with elevated food in pub surrounds (sans the pokies and TV), and at pub prices. The chef, Sean Donovan, trained under Pierre Koffmann in the UK so he has this amazing pedigree, and lucky for us, he’s turned his attention to pubs. The food is incredible. You’re always assured of an amazing steak, and thanks to his background, always an incredible sauce.

I’ve travelled around Italy, and of course Italian food is fantastic, but in my opinion, the Italian food in Melbourne is even better. I think this is because our chefs and venues aren’t bound by such strict rules and traditions. For example, take a great pizza place in Carlton called Leonardo’s Pizza Palace. It’s New York style pizza but done with a little bit of Melbourne spunk. Carlton in an area famous for its old school Italian restaurants – think chequered tablecloths, spruikers on the street, and food that’s pretty ordinary – but Leonardo’s is anything but. Their huge pizzas have real-deal blow-away toppings, and in true dude-food brilliance, they serve their pizzas with a side of ranch dressing for a satisfying crust-dip. You’ve got your full day’s calories right there, but if you’re going to blow out, you may as well do it properly. It’s fantastic.

My ‘Go-To’ For Impressing Out-Of-Towners

If industry friends are visiting I would definitely take them for a drink and bite at Bar Liberty in Collingwood.

Another great place that I love is Anchovy, a little Vietnamese restaurant in Richmond, an area in Melbourne famous for its Vietnamese. The chef, Thi Le, who has trained under some great chefs here in Melbourne, is successfully moving the cuisine of her heritage into a modern Australian context. The food she’s plating up is amazing. The flavours are bold and she’s really showcasing some brilliant Australian produce. I’ve never had a bad meal there and for the food that you’re getting, and the quality of produce, it’s real value for money.

A Turkish Restaurant “Firing On All Cylinders”

Tulum is a modern Turkish restaurant that will blow you away. The three-year-old restaurant (located in inner-city suburb Balaclava) recently underwent a full over-haul of its vision and offering, with chef Çoskun Uysal (who has high-end experience) recreating the menu with amazing results. The meze-style dishes are creative, but super accessible. It’s also incredibly priced, so you can feast until your heart’s content. And the restaurant itself is beautiful. Sometimes it takes a while for a chef to work out their vision, and here in Melbourne it can really take a while for a restaurant to find its place. I’m so glad that Tulum have done just that. It’s a restaurant that is firing on all cylinders right now.

A Restaurant Unlike Any I’ve Experienced Before

Chef Derek Boath opens his modern Australian restaurant Underbar for only two days of the week. Boath has travelled and worked around the world, but after starting a family, the ex-Per Se chef came to a point where he had to ask himself “Do I really want to work 75 hour weeks?” Underbar is the result of this defining moment in his life, and I really respect that – he wants to see his kids grow up. The tiny twelve-seat restaurant opens on Friday and Saturday nights, with new dishes being created and offered each week. It’s hyper seasonal. You’ll eat a dish using a bag of plums that Hoath’s neighbours harvested earlier that week. It’s a singular, quirky and amazing little restaurant: one that I’ve never come across elsewhere before. It’s in Ballarat (a regional city about a one-hour drive from Melbourne) but it’s well worth the journey.

An Expression of Australian Identity

Ben Shewry’s Attica is a world-class restaurant. There’s a real sense of fun and theatre. It’s fine-dining, but it’s certainly not stuffy; Ben’s eclectic music might be playing through the speakers (expect some Indie rock) and you’re taken out to the backyard for a little bush souvlaki on the barbecue. It is such a unique expression of Australia on a plate and a real highlight for people to visit when they’re in town – provided they can get a booking, which is always tricky.

Vegetarian Food That Holds Its Own Ground

If you’re visiting Melbourne, what you need to do, is order vegetarian, or at least strong on vegetable dishes. There’s a really strong focus on vegetables right now and we’re doing it brilliantly. Transformer is a fantastic vegetarian restaurant in Fitzroy. It’s creative. It’s innovative. The dishes are amazingly satisfying. It’s up there as a great restaurant generally, but as a vegetarian restaurant, it’s really quite spectacular. Another restaurant in Fitzroy, Smith & Daughters is a vegan restaurant run by a non-vegan chef. Chef Shannon Martinez takes inspiration from big, comforting Italian cooking and flavours to create satisfying dishes that are completely vegan – and dishes that are interesting enough to grab the attention of die-hard carnivores.

In Melbourne’s city centre is Wonder Pies, a pie shop run by ex-high-end chef, Ray Capaldi. They’re the best pies you’ll ever eat, and come with amazing salads. It’s a fantastic little space, and is highly recommended for a quick lunch or snack.

Melbourne is famous for its café scene, and everyone in Melbourne has a favourite café spot. I would say you can’t really go wrong with where you get your coffee, but just for the sheer gob-smacking architecture of it, Higher Ground in the CBD is pretty amazing as far as cafés go. Code Black is a good roastery, as is Square One who now have a little place in the CBD called Liminal which is great during the week.

Wine In The City

Go for a glass of wine at City Wine Store in the CBD, which is fantastic. Or knock back a martini at Romeo Lane in the CBD – a fabulous and tiny little place with exceptional cocktails.