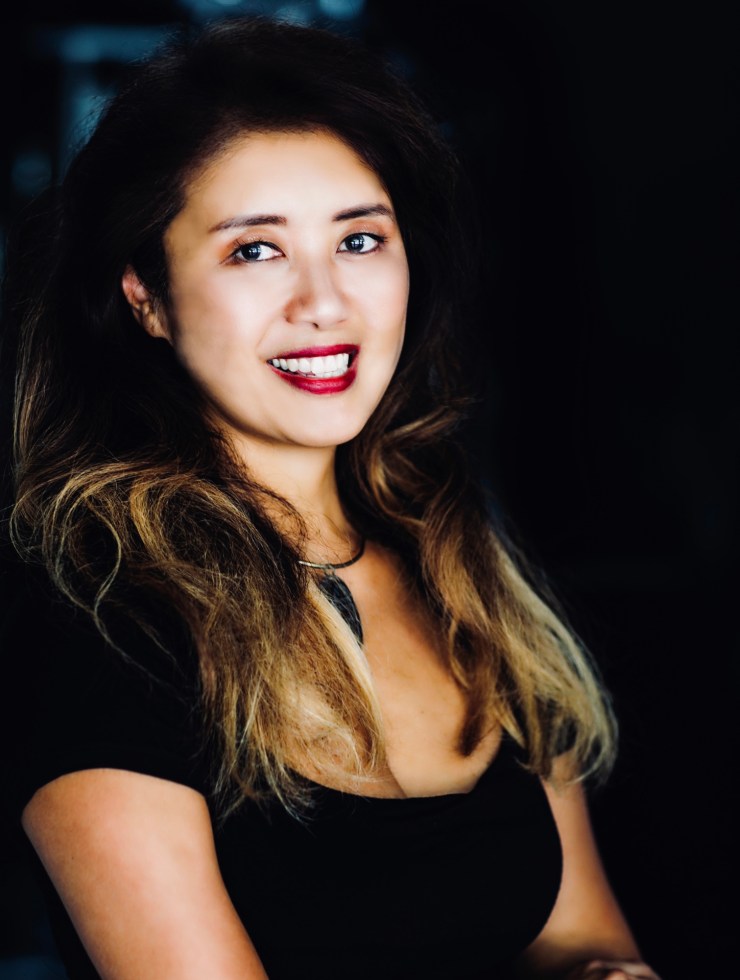 Born into a restaurant family in Missouri, America, Vivian Pei was exposed to the hospitality industry from an early age. After toying with a career in international business, Pei found herself returning to food and began cooking throughout Europe and developing her skills as a writer, stylist and instructor. Today, she calls Singapore home where, as the Singapore Academy Chair for World’s 50 Best Bars and co-founder of Singapore Cocktail Bar Association, she is deeply immersed in the city’s drinks scene.

When I started drinking again after having two children, there wasn’t a lot here and it was really a very limited offering. There was Nektar, Klee, Coffee Bar K and the martini bar at the Hyatt which was the one that everybody knew and is still here. But within 10 years, the cocktail scene went from zero to world class. Not only has it grown so quickly, but because there weren’t a lot of rules – “bars should be like this, bars should be like that” – there’s absolutely anything and everything, because people just did whatever they wanted. In a way, it’s all new for everyone. So that gives us an amazing variety which I think you would be hard pressed to find anywhere else, even in a much bigger city.

The Granddaddy of Singapore’s Cocktail Scene

For me, 28 HongKong Street is really the granddaddy of the cocktail bar scene in Singapore. The partners were all from New York and wanted to recreate something similar to the bars that they were used to hanging out in. It had no PR and no social media. There’s nothing, in fact, pictures were not allowed to be taken in there. They always said, “what goes on in 28, stays in 28”. I still remember being there when someone had a birthday and asked to take a photo and they said, “you can take a picture outside and then come back in”. They really, really implemented that and that led to the mystery. It was just a great example of how word of mouth can work well if you do it properly. There’s no signage so it’s hard to find. People could be standing right in front of it and not know it’s there.

One of my best evenings in lockdown was when 28 did its virtual house parties. You get a group of friends to all take a package, then you get given a Zoom code and the party is hosted by one of the bar’s hosts and bartenders. They send you cocktails and food and then you’re online and have the bar’s playlist. It was really well done. They just have amazing hospitality. Ronan, the head bartender, is just like the Uber nerd. He’s also so young as well. It’s quite disgusting how talented he is. Justin, the GM, is also a DJ.

Tippling Club is in Tanjong Pagar, but first opened in Dempsey. It started out as a restaurant. Although [Australian bartender] Matthew Bax opened it, and it was obviously a very good bar, it was categorised as more of a restaurant with a bar, rather than a bar. The move to Tanjong Pagar meant it could open as a dedicated bar with outside seating, so that was a really good move. When it comes to cocktail and food matching, Andrew Loudon, the head bartender, has such a great palate. Pre-Covid, he did a whole menu based on Escoffier, which was great. There’s also a past hits menu, which has drinks from all the former bartenders like Joel Fraser, Kamil Foltan and Joe Schofield.

Jigger and Pony was founded by Guoyi Gan who is an ex-Singapore Airlines stewardess, and her Indonesian-Chinese husband, Indra. They present a really interesting, different style of bar to the American approach of 28. I love its new location, which is at the Amara Hotel and split across two levels. There’s also a mezzanine. When you walk in, there’s a long communal table which is the only piece of furniture from the original venue. That table was really important to Indra and Guoyi because they were the one of the first places to have communal tables and kind of force people to sit together, mingle, get to know each other and have a good time.

It has a fun drink which is an interesting spin on a classic Ramos Fizz. Normally, the Ramos is a pain to make: you have to wait like 15 minutes for a bartender to shake it. Aki, the bar director, likes the taste of the Ramos, but doesn’t like creamy cocktails, so he created the Crystal Ramos gin fizz for that. I think there’s gin, cream, orange, orange water and then it’s clarified so you have the flavours, but it’s much lighter. Then it’s topped with bubbles which is quite fun, because who doesn’t like bubbles?

The group has really expanded and now has two restaurants with bars (Humpback and Caffe Fernet) and two other standalone bars (Live Twice and Gibson).

One of the World’s Largest Gin Collections

You walk into Atlas and go, “wow”. The Art Deco room is beautiful and impressive. The building is affectionately called Gotham and you expect Batman to swoop down at any moment. I think the bar has more than 1300 brands of gin, so I suspect it has close to the largest collection of gins in the world. When Jesse Vida came over to be head bartender two years ago, I think he brought an American hospitality to the place. The team underneath him is doing really well. There’s Yana who has been there since the beginning, and Lauren, a Canadian bartender, is awesome too. There’s also a food menu if anybody wants to have lunch or dinner, otherwise there are just nibbles. There’s also high tea, but it’s fully booked for like ever, so I haven’t tried to go.

“It’s Just One Of Those Easy Places To Be”

No Sleep Club was opened at the end of 2019 by a couple: Yuan Yi Jun and Jessica “Hutch” Hutchinson. Jun used to run Operation Dagger for a long time and then went to open private members club 1880. The other half of that dynamic duo is Hutch. Hutch used to be front of house at 28 HongKong Street and then she ran the bar’s retail side for many years. She’s also bartending, but her forte is hospitality and she’s amazing at that. So you have these absolutely fantastic drinks including my favourite which is the Reverse Harvard. What Jun does is fantastic, and it’s delivered in a very casual, comfortable, friendly setup. It has a tight little list of some fantastic natural wines, plus, of course there’s the cocktails, too. It also has decent coffee and some nice small plates of food. It’s just one of those easy places to be.

Finally, you have Native which is a hyperlocal bar with a very strong ethos about only using Asian products. That goes down to the aprons and the ceramics: even the soap in the washroom. The bar just celebrated its fifth anniversary. When it started, no one knew anything about what it was trying to do. It took on a huge education task. Everyone would go into the bar asking for tequila, a certain brand or spirit or a margarita and there wasn’t any of those things. It does everything but the classics. It really walks the talk in terms of sustainability and zero waste. When you think about napkins, empty bottles and whatever: how much rubbish does a normal bar throw away at the end of the night? Native has gotten it down to 100 grams of actual rubbish after recycling and composting. In bar terms, 100 grams is nothing and it’s usually what someone else has brought in, like a customer’s tissue pack. It’s managed to get it down to that level because it pays extra for the refuse collection; because it uses the guy who actually recycles whatever it’s throwing away; because it has a little micro garden. The bar also doesn’t use any citrus because it would produce a lot of waste. Recently it added a food menu, with things like kimchi crackers and other snacks that are in line with the drink offering.

I want to mention Manhattan because I think it was the first real Asian hotel bar that was sexy to drink in. For the Regent Singapore to be able to create a hotel bar that makes you forget you’re in a hotel was very smart. You really feel like you’re in a sexy New York-style venue and it’s great. It also does epic Sunday brunches. M.O. Bar at the Mandarin Oriental is another one. It’s got a fantastic team doing super creative stuff. Hotel bars are definitely not what they used to be. Just look at bars such as Charles H in Korea or Caprice at the Four Seasons in Hong Kong, which are both doing amazing things.

The wine scene has also grown enormously since I first moved to Singapore in 2006. Let’s face it: alcohol is never going to be cheap here, but the offering is significantly better. You have places like Wine RVLT which is run by two ex-sommeliers who used to work at really posh, fancy places. Finally, they said, “forget it, I’m done with that. I just want to wear a tee-shirt, but I want to drink great wine”.

There’s a new place that recently opened called Wine Mouth. One of the owners is Tom Hogan who is a bartender who works for Proof & Co [the owners of 28 Hong Kong Street]: he’s one of the creative directors there and has been behind many good bars. He opened Wine Mouth with his partner Steven and it’s all about fantastic wines, a lot of which are natural wines. It’s a very cosy place in a shophouse that they refurbished, mainly by themselves. It’s something that would never have existed in Singapore 10 years ago.