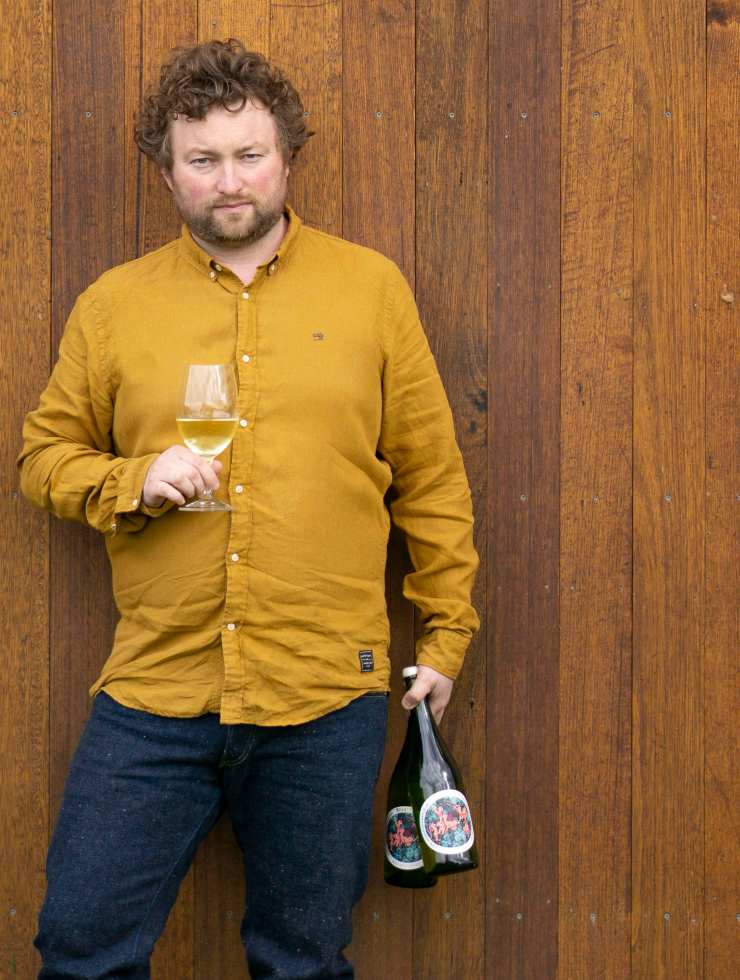 Patrick Sullivan is a farmer first, a winemaker second. After studying viticulture and working in wine regions throughout Victoria, Patrick and his wife Megan bought a property in Gippsland, a fertile, expansive agricultural region nestled between Victoria and New South Wales. His eponymous wines are in demand around the world and represent the vanguard of new Australian wine. When he’s not tending to his vineyards, these are the places you’ll find him and his young family eating and drinking.

Gippsland is a really interesting place. We were kind of the last place to be settled. The forest was so dense that until proper industrialisation mechanisation happened, they couldn’t clear it. So what you have is this mix of relatively new from over the last 80 years, but you’ve also got these really old little fishing ports. We’re also kind of cradled by the Great Dividing Range and get really consistent rain. What people don’t understand is that it’s about six hours from one side of Gippsland to the other. The region pretty much starts about 45 minutes out of Melbourne and keeps going until you hit New South Wales. It’s huge. You can’t see it all in one day, but you have this region which is super diverse with varied climates, conditions, soil types and geography. Gippsland is so big, it’s broken up into different shires. It’s easier to talk about what shire you’re in. Imagine Gippsland being a state and a shire being a little town in state. I live in Baw Baw Shire which is on the western side of Gippsland and about the same size as the Mornington Peninsula or Yarra Valley. What characterises us are these rich volcanic soils. We’ve also got the closest ski fields to Melbourne. Mount Baw Baw is a 50-minute drive from my house.

O.My is an intimate, high-end farm-to-table tasting menu restaurant in Beaconsfield that’s right on the border of Melbourne’s south-eastern suburbs, but it has a farm in Gippsland. They do really exciting things. It’s run by a group of guys that really, really care about what they’re doing. The quality of their output is among the finest restaurants in all of Victoria and Australia. What they’re able to achieve is phenomenal. They’re really produce- and vegetable-focused. What they put on the table is phenomenal. They’re preserving and pickling and making things all year round out of heirloom varieties of produce. They moved into the building next door and put in the new kitchen and wine bar which is pretty exciting. It’s a tiny restaurant and they’re booked out most of the time. But if you can get a booking, go in and let them take care of you. You’ll be treated very, very well.

A Chef Championing The Region

Hogget Kitchen is on the old Wild Dog vineyard just outside of Warragul. Trevor Perkins the chef took it on in 2017. He’s a local but worked for a long time in the city at an institution called Langton’s. You’d have to say he’s classically French trained but he’s super focused on regional produce, particularly doing things with meat like ageing it and charcuterie. He sources everything from within a 20-kilometre radius of the restaurant. Nothing comes from further than that and most of it is within 10 kilometres of the restaurant. He deals with farmers that are adjacent to the restaurant. A lot of the vegetables are either from the Baw Baw Food Hub or from his mum’s garden. He forages a lot and he goes down Tuesdays and Wednesday to get fresh fish straight off the boat that he fillets himself. He’s committed to delivering the freshest and the best produce possible by getting it directly from farmers himself. You come to a region, you want to taste the region. It’s just not about him being a chef. It’s about him showing people where he lives on the table. I’m so fortunate to having him so close.

The Tinamba Hotel is a renovated pub that has a great dining room. It’s like a fancy pub with a Gippsland focus. It’s slightly off the beaten track and is about an hour from here. It’s kind of in the middle of nowhere. It’s a bit of a trek to get to, it looks like a pub, but then you walk in and there’s this beautiful dining room. The menu is pretty extensive, but you’re going there to have pub fare. I have the steak and chips and keep it pretty classic. You wouldn’t quite term it gastro pub, but they cook really, really well. The guys in there know exactly what they’re doing. You can eat really well thought-out Gippsland produce. It’s pub fare but done fantastically and to a really high standard. They’ve got a really, really great local cellar. You can go there and drink super well. They support people that make really good wine down there and people in the wider Gippsland area. Go there for a really great lunch or fancy dinner. It’s really pleasing, humble food.

Sardine is a seafood place in Paynesville that’s right on the Gippsland lake and serves world class seafood. The chef Mark Briggs used to be at Vue du Monde but he’s come all the way out to the country. It’s certainly a little bit more fancy but Mark is still making delicious humble food and doing it in a way that tells the story of the region. Seafood is a big thing for Gippsland, particularly down there. Gippsland Lakes was once really important for logging. You couldn’t get logs out because there wasn’t a road so you had to get them out by sea to the city to be redistributed. Lakes Entrance was fresh water but when it got opened up became quite a great estuary for flathead and all sorts of species of fish, really. It’s a pretty good place to go fishing. The menu changes day to day. I remember having this a squid dish there that was phenomenal.

Where The Locals Get Coffee

I get down to my local cafe Main Street Cafe in the main part of Warragul almost every morning and have a coffee. It’s a bit of a local meeting place. You go there and you see all your friends because they’re all heading in there. It’s definitely a place we like to hit up every day. You can head there for a great breakfast or lunch where they do stuff like great fried chicken tacos. They push out really satisfying food.

Because it’s not super touristy, we get to hang out with a lot of like-minded people and really share and cook ourselves which is really cool. It’s green year-round and the produce here has more in common with Cornwall and Devon in Southern England than vast parts of Australia because of the climate that we have. We have a 12-month growing cycle. It never dries out enough not to grow something. And because it’s such a long pointy part of Victoria, you have this very long coastline with a really deep, rich tradition of fishing. We can get fish straight from the boats and come home and cook pretty much the best fish and chips you’ve ever tasted. Or we can go to Trevor at Hogget and get some of the best pork you’ve ever tasted. You can get whatever you want. We go a lot to the Baw Baw Food Hub. They’re a really good showpiece for what produce is available in town. It has pork, chicken, all the vegetables you want, it’s all seasonal. We grow phenomenal macadamia nuts around here. You go online and do your shopping. Do you want flour? Do you want fresh wheat for milling? Do you want honey? We have a deep, ingrained sense of agriculture. We know what food should taste like, not what it used to taste like.