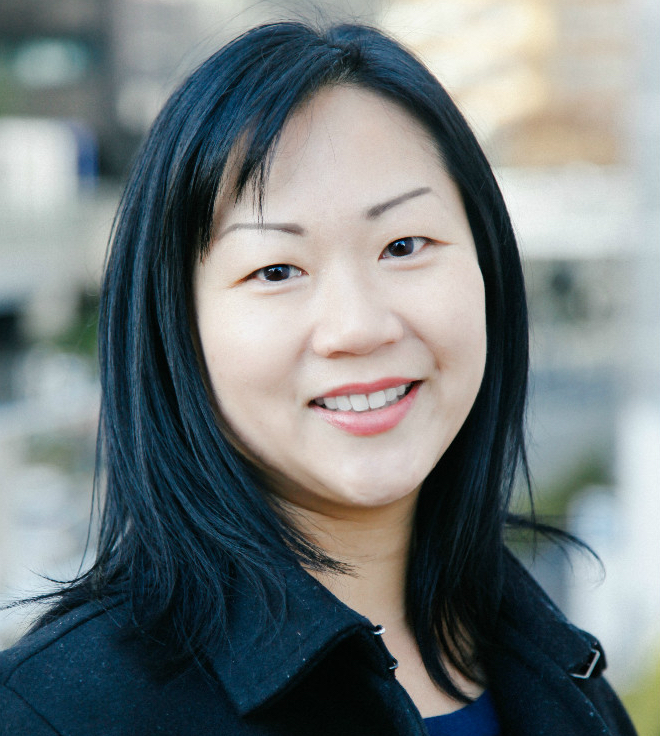 Melinda Joe is sick of people’s narrow ideas about dining in Tokyo. “When people visit Tokyo, they’re so focused on visiting these top-end Michelin restaurants and World’s 50 Best places,” says the The Japan Times columnist and certified wine and sake specialist. “I want people to understand that there’s a wealth of talent out there.” She shares her thoughts on eating in the Japanese capital – and beyond – for international titles including Condé Nast Traveler, The Wall Street Journal and Gourmet Sweden.

People come to Tokyo, and think that there are only five Japanese chefs worth visiting. People see the World’s 50 Best list and the 11 three-Michelin-starred restaurants in Tokyo and they think these are the only restaurants worth visiting. And that really gets on my nerves. It’s just not realistic. I want people to understand that there’s a wealth of talent out there. When you make a reservation in Japan, restaurants will almost always ask for a local phone number, so using a concierge service is your best bet. The way Tokyo is structured lends itself to a lot of serendipity. It’s just the most confusing, medieval structure of a city. It’s extremely frustrating if you’re trying to get somewhere on a schedule, but at the same time, if you allow time to get lost, it’s one of the most fascinating and pleasurable experiences. In the most unlikely places, you will find a great place to eat or drink.

A Refined Yet Fun Introduction To Kaiseki Dining

For something a little more high-end, I love Shirosaka, a restaurant serving kappo cuisine that is a kind of less formal version of kaiseki. It’s the kind of place that you take someone to if you want to go someplace nice, but don’t want to spend a thousand dollars. It’s a lovely small place with a window that looks out onto a miniature garden that’s about the size of a postage stamp. You go there and you have a refined and elegant meal, but the vibe of the place is somewhere where everyone is having fun – you don’t have to be quiet and feel uptight – and the food is just yummy. The restaurant has several signatures. I love the sakura ebi: tiny shrimp fried and mixed with somen (thin wheat noodles) and coated with this oil made with shrimp shells. There’s also a risotto made with abalone and the sauce is the abalone’s liver. It’s all seasonal and the chef and the staff are all lovely.

One place that I often suggest or take people to for lunch is a soba restaurant in Kagurazaka called Kyourakutei. It has a Michelin star, but it’s a very low-key, quaint place in a back street. The soba is handmade and there’s also a live tank of baby fish that you can have made into delicate tempura.

For people that are adventurous, there’s this hole-in-the-wall place in Koenjikita called Abusan. It’s so tiny, grimy, dingy and crazy. It’s just the guy surrounded by his shellfish and one little burner. There’s no actual proper seating: just two benches that can accommodate four slim people. There’s not even a bathroom inside – you have to go into the alley where the other restaurant is. But it’s so good. It’s whatever fresh shellfish is available on the day, simply prepared. There might be a huge surf clam grilled with fresh seaweed or another type of clam with bonito shuito (fermented bonito stomach). It sounds horrible, but it’s really good. It’s one of the farthest things from the typical fine-dining experience in Tokyo, but I think it’s also a great Tokyo experience. I always want chefs or industry people to see this kind of thing because I think these expressions of Japanese cuisine are so fundamental. Even at a place like this, the chefs are putting so much care into preparing things in this simple but delicious way.

A New Cocktail Bar From A World-Renowned Bartender

Another place that I think is interesting is a bar called SG Club. It was opened by Japanese bartender Shingo Gokan who became famous in the US, then opened bars in Shanghai and finally came home to open a bar in Tokyo. It’s a high concept bar inspired by the first Japanese diplomatic mission to the US in the 1800s and reimagines what would have happened if they brought cocktail traditions back to Japan. It’s very, very conceptual, but it’s so well integrated in the way that he has constructed the narrative and woven it into the design and menu. The SG Group have also added three great venues to Tokyo: The Bellwood (run by Atsushi Suzuki), SG Low, and Swrl.

A Bar Straight Out of a Haruki Murakami Novel

There’s a bar in Shinbashi called Land Bar Artisan that’s just so Tokyo. I’ve taken a lot of people there before. It’s like something out of Haruki Murakami novel. You go downstairs into this strange, dodgy looking corridor, and the bar is literally the size of a closet. There are six stools, but I’ve seen some non-Japanese people struggle to actually stay on their own stool because these stools are really small and they’re close together. But it’s a proper cocktail bar. The bartender trained at some of the best bars in Tokyo and makes classic cocktails with a modern twist. He’s always impeccably dressed with his little bow tie and is so welcoming.

One place that I really like for its nice, casual atmosphere is Kudan, a very small izakaya that specialises in sake and oden: a dish where all the ingredients are cooked in the same broth. On the surface oden sounds boring, but it also helps you focus on the ingredient itself. It’s one of the best things to eat in winter because it’s savoury and satisfying, but it’s also light and the broth is always really good. Kudan has a great sake selection and everything it does is seasonal, but there’s always oden. It’s a down-home, cash-only kind of place and not fancy at all, but it does the good job.

Sakai Shokai is a small izakaya that opened at the start of 2019. Its concept is natural wine and small producer sake served with Japanese tapas with a creative and modern touch. It’s a very cool, relaxed space and opens on the early side which is nice. You can go in for a pre-dinner drink and a bite. The menu changes all the time, but there’s a nice sashimi plate that uses different seasonings: there might be a shiokoji sauce or something sesame-based instead of everything being with just soy sauce and wasabi. I really like this place, but it’s hidden and hard to find. You need Google maps.

Sushi is the most personal kind of cuisine. To really have a great experience, so many things have to gel. It’s not just about the fish. It’s not just about the rice. It’s not just about the space. You have to feel some kind of connection with the sushi chef too. There’s so much that you have to consider. It’s a very Japanese kind of thing. When you’re talking about hospitality, it’s never only about what’s on the plate. There are a lot of cheap sushi restaurants that are fine for a snack, but I can’t think of that many cheap sushi restaurants that I’d go out of my way for. Isana Sushi Bar is a good place to have an introduction to high-level sushi at a very fair price. The chef comes from a kaiseki background and was in London for more than a decade. When he came back to Japan, he opened his own contemporary place that’s accessible because he can speak English.

Another place I really love that’s pushing boundaries is a sushi restaurant called Sushi M that opened in March of 2019. It’s a super high-end, luxury experience but a departure from the traditional way of serving sushi. It’s a sommelier-led restaurant founded by Yoshinobu Kimura, a sommelier that worked at Narisawa for 10 years. He’s doing precise pairings of wine, sake and tea with sushi along with French-influenced dishes. What he’s doing is very brave because a lot of consumers in Japan tend to be on the conservative side, especially when you’re talking about a traditional art form like sushi.

The Masters Of Hospitality

I have a very close, personal relationship with restaurant Den. When you talk about hospitality, they are the masters. When they went to Paris to do a major event, they asked me to go along and help with the sake service, so I was able to observe how they work from up-close. Their attention to detail is outstanding. One of my favourite dishes at Den is the rice at the end: that’s his [chef Zaiyu Hasegawa] specialty. The toppings are seasonal and change all the time, but I love the one made with anago (sea eel) that he deep-fries and crumbles into the rice. Another is his foraged mushroom rice. He’s really into mushrooms. The menu is always evolving. Even the signature chicken wing dish is seasonal and features different fillings. One dish that I was recently impressed with was shirako (cod milt) that had been made into a tofu square and deep-fried and covered in a dashi sauce thickened with arrowroot. It was unbelievable.

A Charming French Bistro in Aoyama

Tokyo is home to a wealth of French restaurants from traditional, more casual places, to fine-dining and innovative restaurants. One of the restaurants that I’ve been going to for years is Lauburu. Its owners refer to it as a Basque bistro, but it’s really a French bistro. It’s very famous for its grilled meat and I think its goose confit is the best in the whole city, hands down. I’m addicted to the extremely rich fish soup, and my husband is addicted to the boudin noir that the owners stop serving when it’s warm because it’s so rich. We always try to go at least once each winter so we can catch those things. And they’re just the sweetest people. We stopped by for a casual anniversary dinner once and they made me a little crown that said “may you be happy forever” on the inside.

A Pioneer of Innovative Italian Cuisine

Another place that I have a special connection with is Il Ristorante by Luca Fantin. I’ve known Luca for nine years. He’s a really good person and a great chef who’s fighting against a lot of stereotypes about Italian cuisine. Japanese consumers are very accepting of innovative French and they’re surprisingly accepting of more creative Chinese, but they’re not embracing innovative Italian. There have been lots of challenges, but he does an amazing job and I’ve just seen him go from strength to strength. I love his seafood dishes.