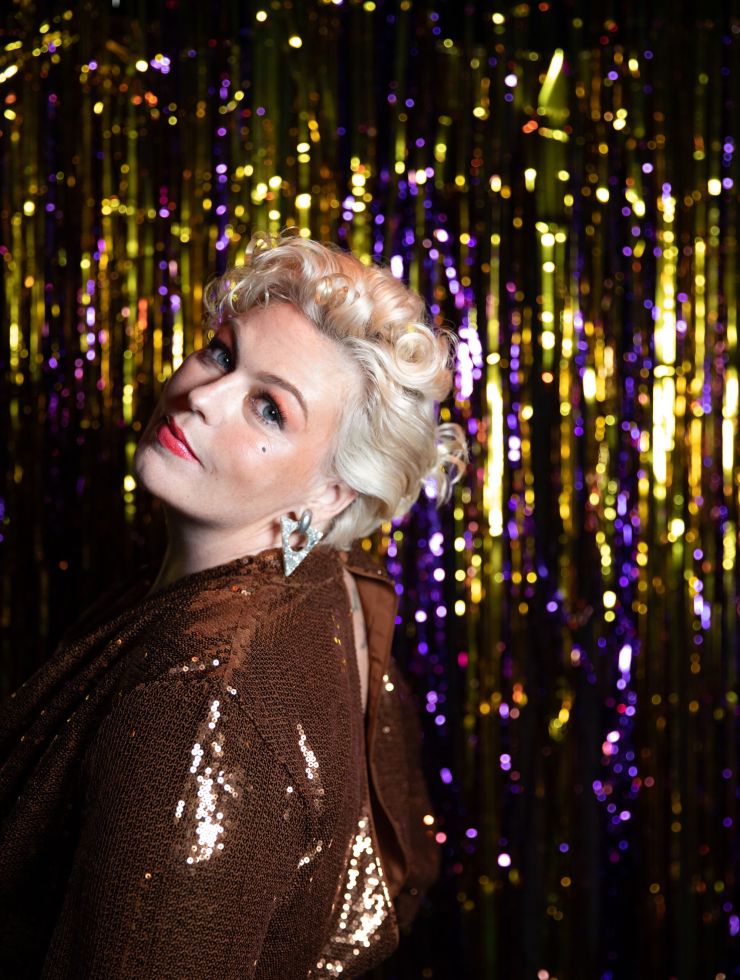 Myffy Rigby – former national editor of Australia’s influential Good Food Guide who’s now the editor of new food magazine Swill – wants to show you her Sydney. Or more specifically, her Newtown: a boho, cool and increasingly delicious neighbourhood in Sydney’s inner-west that, by Rigby’s reckoning, “has its own groove”. The population is diverse, big flavours abound, and a heady mix of new and old makes Newtown (and surrounds) a destination of note for the hungry.

The place I’m most interested in seeing at the moment is the new-look LP’s Quality Meats. It’s named after the chef Luke Powell who, back in the day, was head chef at Tetsuya’s. He was always a quietly spoken guy who said very little but delivered a lot. When he left Tetsuya’s, he went and developed a menu at cult Sydney burger chain, Mary’s including legitimately the greatest burger you’d ever eat with mashed potato and gravy enriched with chicken fat on the side. His edge is that he has a fine-dining background but he eschews it. When LP’s Quality Meats opened, it started off almost as a Canadian dining hall. It did a whole smoked chicken that had then been deep-fried and served with grilled corn and bitter greens. It was dark and loud and smoky and fun, but so rich and so salty. When Covid-19 hit, they closed the restaurant and spent the last few months of lockdown renovating it. It’s gone from this huge dining hall to a little charcuterie and delicatessen that can probably seat a maximum of 40 people. A lot of the space there is being devoted to salumi closets and this huge development kitchen out the back where they’re making all of the charcuterie. It’s also open for lunch on Saturdays and Sundays: a bit like that Paris vibe at somewhere like La Buvette. It’s not a big menu, but basically: “here’s some sauccison sec, here’s a bit of bread, here’s some pate, here’s an interesting bottle of wine: have at it”. Luke’s just not interested in having a prescriptive restaurant anymore. I think what he wants is to have this shop, but still be able to fuel the creativity and get away with the repetition of creating charcuterie all day and do a few little dishes on Saturdays on Sundays. That is, to me, exactly how I like to eat, down to a tee.

I like to go to 212 Blu which is on Australia Street in Newtown. I like those guys because they’re owner-operators. They’ve got a really great attitude to coffee and they roast all their own beans. They’ve also got a delicious menu that can be a little bit vegan-y if you need it to be. It’s just got that real breezy, Sydney vibe run by a lot of young people. It’s always full. It’s always got people spilling in and out. Its cold coffee is fantastic. Once you go there, you’re next door to Continental Deli, so if you don’t want to eat the food at 212 Blue, you can do the one-two step and get a cold brew, head next door and get a sandwich. What I like to do – and I think this is a very Sydney thing – is to get a lot of stuff from Continental Deli and then walk down to Camperdown Memorial Rest Park and eat it in the park.

A European Deli Filled With Meat, Cheese And Things In Tins

Continental Deli is run by Mike Nicolian, a bartender who used to be at Porteño, an Argentinian bar and grill in Sydney. He and Elvis Abrahanowicz, who was another co-owner of Porteno, opened this little deli which has the vibe of the sort of places you find in Spain and Italy: a shoebox-y space that is devoted to tinned fish, interesting cheeses, a few cured meats. There’s also a range of cocktails in tins. When they first bought the place, they went tin-crazy and tinned everything from chickpea soup to t-shirts to oysters and then cocktails. What could be described on paper as a bit gimmicky would never be that when it comes to what those guys are doing. Whatever they do, they do it quietly but offer a lot. I suppose the places that I respect a lot in Sydney and around Australia really are the quiet achievers. The people that get in, get it done, and don’t chase the media. They’re not big mouths about it. They’re just makers. I like makers.

Newtown has its own groove. It’s got its own vibration. It’s like nowhere else in Sydney. I wouldn’t say it’s not welcoming to people that don’t live in the inner-west, but if you live there, you’ve very identifiable as an inner westie. There’s actually two Newtowns. There’s New Newtown that includes places like Bella Bruta, which is a pizza restaurant and the cousin to LP’s Quality Meats. It utilises a lot of the stuff they make at LP’s on their pizzas. The ferment is really good, the dough has a really interesting chew to it. It’s fun, it’s loud, it’s casual. The service is okay, but the pizza is delicious. There’s also Earl’s Juke Joint which is built inside an old Russian butchery which is super fun. The people behind that have just opened a new place called Jacoby’s Tiki Bar which is a David Lynch-inspired tropical bar where you can get blue cocktails in giant flaming shells. It’s been around for a little minute and it’s fun.

A Delicious, Interesting Restaurant From An Ex-Fine-Dining Chef

Next to Bella Bruta is Cafe Paci. For anyone that doesn’t know the magical genius of Pasi Petanen, get ready to fall off your chairs with wonder. He used to be head chef at Mark Best’s fine diner Marque, then left to open Cafe Paci which was a pop-up at the site of this old Mexican restaurant called Cafe Pacifico. When he opened the restaurant, he basically had a tub of grey paint and he painted every surface of this colourful restaurant this one shade of grey. The pop-up was only meant to last one or two months but it ended up lasting for a few years. His menu was like nothing I’d ever seen before in Australia. It was a combination of his Finnish roots with that kind of really fun, fuck-shit-up Australian attitude we love about our food scene. His version of a Caramello Koala [an Australian chocolate] was dark chocolate filled with eucalyptus caramel, or you might have had a rye taco with buttered egg on the top. It was this really progressive, interesting, dynamic menu that I really loved. When that closed, he went quiet for a while and was jobbing around Sydney and doing pop-ups and things, then Cafe Paci opened in Newtown last year. I would describe the new Cafe Paci as a little more careful than the original pop-up. The menu’s probably a little more safe, but still delicious and still interesting. I love that you can go and just get one plate of food, a few snacks. He’s doing a really delicious pickled beef tongue rye taco. The beef tongue takes a whole week to get to pickling stage and then he slices it really thinly, brushes in a sort of maple-based syrup and serves it with his own sort-of coleslaw which is made with sauerkraut. It’s just really delicious, and deceptive in the fact it’s an unassuming snack, but it’s taken a whole week to make.

An Introduction To Old Newtown

Old Newtown is almost like what you’d find in Enmore. Enmore’s quite multicultural. I always consider it an arm of Newtown, even though it isn’t. You’ve got places like Faheem Fast Food which is a Pakistani place doing brilliant curries, and there are good manoushe and pides around here. Recently, P&V Merchants has opened on Enmore Road which is [wine writer] Mike Bennie’s liquor store and sells all kinds of natural deliciousness and little bits of food like tinned fish and oysters, occasionally. But it’s mostly somewhere you go to buy really interesting wine. You’ve got expert sommeliers like Marie-Sophie Canto who used to be at Dolphin Wine Room working in this tiny little bottle shop which I find really cool. I like to buy a bottle of wine there, then walk up the street and go to Cairo Takeaway for some Egyptian food. It has a BYO license. It’s kind of like, “yeah, you can do it. We don’t one hundred percent love it, but you can do it, it’s fine.” So you might order a vegetarian plate there with pickles, falafel, tahina and good bread, and you’ve got some really interesting piss on the side from P&V. And then afterwards, you go and catch a show at The Enmore [Theatre]. To me, that’s the perfect trio of awesomeness.