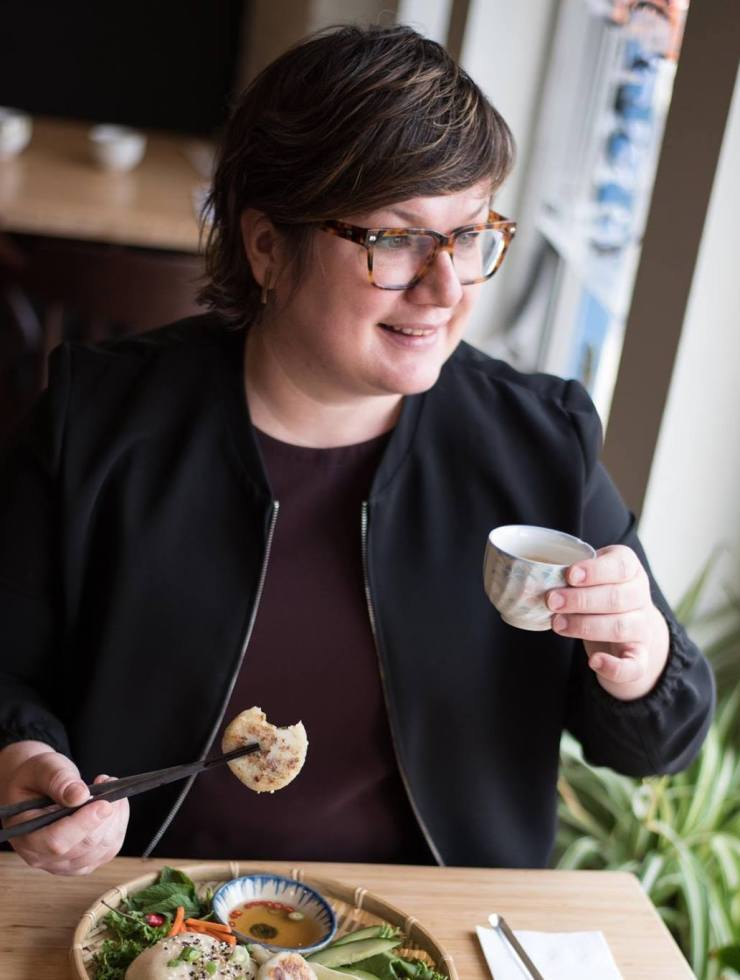 “Quebec City is my home,” says Canadian food journalist Allison Van Rassel who arrived in the capital of Quebec at the age of six-months. “I wasn’t born here, but I pretty much know the city by heart.” Van Rassel works full-time for Canada’s public broadcaster and publishes content in English and French for television, on the web and on radio. She also writes extensively for Quebec’s largest independent newspaper, Le Devoir.

You could say that Quebec cuisine is very much rooted in our French heritage, but inspired by the British invasion. There is undoubtedly British influence in our food, but the French personality keeps on standing out in many of the little, hard-to-find places on my list of city favourites. Most of the chefs at these restaurants are classically French trained. This is their foundation, and from here they experiment with different flavours, inspirations and of course, local ingredients. We’ve been doing farm-to-table even before it was a trend coming out from the West; our first nations were doing farm-to-table

The Place I Keep Returning To

The number one place I keep going back to is a tiny wine bar called La Buvette Scott. You share dishes with friends and the dishes make you travel to wherever the chef was last, except he’s always using local ingredients. So there might be Korean or Greek inspirations, but at the same time you’ll have local herbs and products; things like sea buckthorn or berries that you’ll find only in Quebec in the forest. It’s small and very intimate. Behind the bar, there’s vinyl playing and a selection of natural Quebec wines like those energetic, very vibrant chardonnays that are made here in North America. It’s all about highlighting the personality of products and the personality of the chef. It’s a human, hands-on approach that you can feel through the food as well as the service. Every time I go, there’s a new dish on the menu and there’s always someone travelling from I-don’t-know-where that’s sitting at the bar, and they’ll have stories to share. There’s something about the human contact there that’s really inspiring and very exciting. It’s off the beaten path and on a little side-street. It kind of wants to be discreet. The owners have just opened a new place called Sardines and again, it’s all about sharing dishes. It feels vert Parisian. You feel special in this restaurant. There’s something happening when you eat there.

The Trattoria Everyone Wants To Eat At

Battuto is the talk of the town. It’s an Italian trattoria where the chef is super, super talented. He’s doing amazing stuff and all the pasta is done by hand. The only problem: it can be tricky to get a reservation. It was voted Canada’s best new restaurant in 2017. I manage to go there every two or three months and there’s always something fascinating on the menu. Again, it’s all about small dishes to share, local products, inspired by this very colourful Mediterranean cuisine – a lot of fish, a lot of meat including meats cured in-house. The restaurant works with local farmers and tries to get the highest quality products.

An All-Evening-Long Apéro and a Powerhouse Team

What if the apéro went on all evening long? Melba makes it happen with great elegance and style in a very French-forward dining experience orchestrated by chefs Alexandra Roy and Charles Provencher-Proulx, partners in life and in business. After a few years of travelling the world and working in Michelin-star establishments in Europe, they’ve returned home to team up with their long time friend, renowned chef Guillaume St-Pierre (of Battuto, Best New Restaurant in Canada, EnRoute Magazine 2018). Melba is located in the vibrant, foodie-friendly Saint-Sauveur neighbourhood and is open on weeknights only. Reservations are highly recommended.

What Quebec’s Pioneers of Bistronomy Did Next

Saint-Sauveur is a working-class neighbourhood that’s very off the beaten path. Here, there’s also a restaurant called Diner Saint-Sauveur. It has a diner feel, but the chefs take traditional, classic Quebec dishes and pimp them up to be very modern, very accessible and very hearty. It’s super small and has this little jukebox feel. You’ll hear classics from the 50s and 60s, but the idea is to put you in a festive mood and make you feel comfortable. So comfortable that you’ll feel like you recognise the environment, but then they’ll serve you something that’s completely new and at the same time, true to Quebecois food style. The cooks were previously working at a little restaurant called La Affaire est Ketchup, which is known to have launched the movement of bistronomy in Quebec City. They were working in the kitchen when Anthony Bourdain came to visit in the mid-2000s.

The biggest buzz at the moment in Quebec City is around the reopening of a restaurant called La Tanière. It’s one of Canada’s few five-diamond restaurants. It’s sort of like the North American version of the Michelin guide, if you want, and only six restaurants in Canada are recognised as five-diamond restaurants. La Tanière was one of those. It closed a few years back, but just re-opened this year in downtown Quebec City, in stone vaults that survived the 1759 conquest by the British. The restaurant offers a truly world-class experience where you eat as many as 17 different dishes. It’s all orchestrated around local ingredients and fresh seasonal produce and there’s plenty of fermentation. You know it wants to be among the world’s best and it has the potential to make the World’s Best Restaurants lists, absolutely.

The Epitome of Creative Cooking in Quebec City

When journalists come to visit, I always take them to Le Champlain at Château Frontenac. Eating at Le Champlain, under the prestigious chandelier, is just so exciting. It’s the prestige of the Château Frontenac. The name. The environment. The architecture. The history. But importantly, it’s also the chef. Head chef Stéphane recently won the award for the province’s best chef, but he’s so much more than that. He’s pure creative talent – he’s just so crazy, and what’s really exciting is that he is given complete creative freedom. Stéphan Modat is the epitome of creativity in Quebec City – he’s doing art. You absolutely have to eat at the Château Frontenac, but if you’re not going to eat, then you at least have to take a cocktail because, My God, there’s just so much money in these walls, and so much prestige, and you just feel like you’re so important when you’re sitting there. You really feel like a Queen when you walk in.

Local Seafood You Need To Try

In Quebec City, snow crab is something I don’t think we appreciate enough. I ate Norwegian crab at Noma, and the experience made me truly understand the power and the beauty of that product. When I came home, I was like, “oh my God, that’s all I want to eat”, because it’s just so beautiful. In Canada, I don’t think we yet know how to truly appreciate all of the different products that are coming out of our oceans. We’re losing them to the rest of the world. Most of these products are heading to Asia. One of the big issues right now is that we need to get our hands on the local products and learn how to cook with them. If you visit Quebec City, and it’s the right season, please – please – try the snow crab. If it’s on the menu, do not leave the restaurant without eating the snow crab.