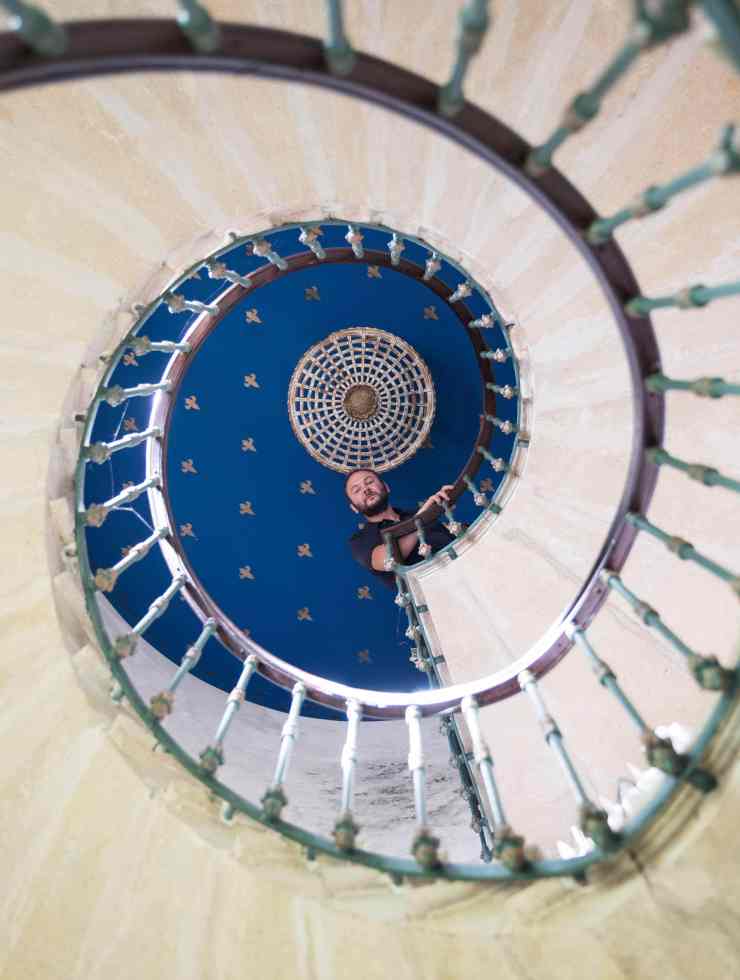 Where does a Parisian food journalist buy his wine and groceries? Where does he go when he wants a taste of Brittany? And where does he go to buy his bread every day? “Everything is super good and not at all fashionable as many bakeries in Paris are now,” says Olivier Reneau, a freelance writer whose work appears everywhere from in-flight in Air France Madame to the influential Italian food guide, Identita Golose. The bakery’s name, incidentally, is Ernest & Valentin. Read on for a truly street-level guide to eating, drinking and living in Paris.

For me, one Michelin-starred restaurant Neso by chef Guillaume is really the discovery of the year. Guillaume is a genius with everything from flavour, texture, transformation and fermentation. A meal at Neso is really an experience. Caffè Stern is like taking a trip to Italy with three Michelin-stared chef Max Alajmo in surrealist décor (Philippe Starck just reorganized a vintage craft shop). Everything reminds me of Italy, in the most perfect way. Just consider the coffee which comes from Torrefazione Giamaica (Gianni Frasi) in Verona. I love three Michelin-starred restaurant Alain Ducasse au Plaza Athénée for what he, together with chef Romain Meder, have succeeded in creating with a concept and philosophy that’s focused on nature, and uses no meat on the menu. Everything is perfection. Of course, I don’t go every week, but enjoy it for special occasions.

Cravan is a very unusual cocktail bar in one the oldest bistros of Paris, open from 9am to 11pm. One of the co-owners, Franck Audoux who worked at Le Chateaubriand from the beginning, just published a book about French cocktails. Istr is my favourite place for a happy hour oyster aperitif – and is a good place for cocktails too!

Julhès is a traditional French épicerie (grocery store) that’s one of the best places in Paris to buy food, cheese and wine. They now have about four or five locations in Paris, but this one is the original addresses. Ernest & Valentin is my everyday bakery. It’s owned and run by two young brothers educated in a business school who changed their profession to become a baker and pastry chef. Everything is super good and not at all fashionable (as many bakeries in Paris are now).

Bertrand Grébaut and Theo Pourriat created the best new bistrot style in town with Septime. Only, it’s a little complicated to book a table – try to reserve in advance. Grand Coeur is the Parisian den of Mauro Colagreco. More casual than Mirazur and very gourmand. Also, it has one of the most beautiful terrace settings in Paris.

La Pointe du Grouin is a very special place managed by chef Thierry Breton. It’s like a typical, cheap Breton café where you eat fantastic sandwiches and finger foods and pay almost nothing. Breton people like very much eating pig, hence the name, and many of the small plates you’ll be served – ‘grouin’ is the name of a pig’s snout.  They also have an incredible list of wines by the magnum. Le Bougainville is one of the few traditional Auvergne-style bistros in Paris. The terrine of chicken liver with pistachio is fantastic, and they have a huge selection of wine.

Two former chefs of Mauro Colagreco, Japanese chef Chino Kanzaki and Marcelo di Giacomo from Argentina, decided to work together and open restaurant Virtus [Editor’s Note: The current chef at Virtus is Frédéric Lorimier, who worked with three-Michelin star Chef Arnaud Donckele for eight years]. It delivers a charming mix of different cultures in the plate. I’ve travelled to Japan over 35 times and lived in Kyoto, so I really crave and enjoy good Japanese cuisine. Maki restaurant, Rice & Fish was opened by a Californian man (it’s since been taken over by a new owner), and I have to admit that I prefer eating sushi and maki here than I do at Japanese restaurants in Paris – where the price will most likely be double or triple without having a big difference in quality. ERH (Pronounced ‘Air’) is the new restaurant from Maison du Saké and launched by Youlin Ly, who received the title of “Sake Samurai” by the Japan Sake Brewers Association (he’s one of the few samurais not to be Japanese). He does a very good job to promote sake in France, like the Sake Nouveau which happens the first week of every February. The food is prepared by chef Keita Kitamura who mixes French and Japanese cuisine.

Les Arlots is a nice bistro with a very good selection of organic wine (even natural), and always has a very good and interesting lunch menu for only about €20. French bistro Le Baratin is one of the pioneers of both the bistronomy and organic wine movement in Paris. They have a fixed menu with classic bistro dishes available for lunch, and then more creative cuisine during the evening. The chef is Argentinan woman, Raquel Carena – a very well respected chef by a lot of food professionals like Pierre Hermé. At Le Mermoz, young chef Manon Fleury has transformed a bistro of the chic 8th arrondissement into a new den of bistronomy. She has done an incredible job. At lunch, people who work in the area use it as a canteen and in the evening, Le Mermoz proposes small dishes to share. It’s the perfect destination after work.

Outside Of Paris (And France’s Best Restaurant)

Mirazur Restaurant in Menton. If you’ve met Chef Mauro Colagreco, you would understand why I adore Mirazur restaurant (in Menton, France) and why it is now No. 1 on the list of the World’s 50 Best Restaurants. I have been visiting him at least once a year from the start, and every time it’s a new experience. For me, La Grenouillère is the best restaurant – and Alexandre Gauthier the best chef – in France. Everything is incredibly special: the food, the architecture of the restaurant, the hospitality offer to spend a night. If you visit France, you really must come here.