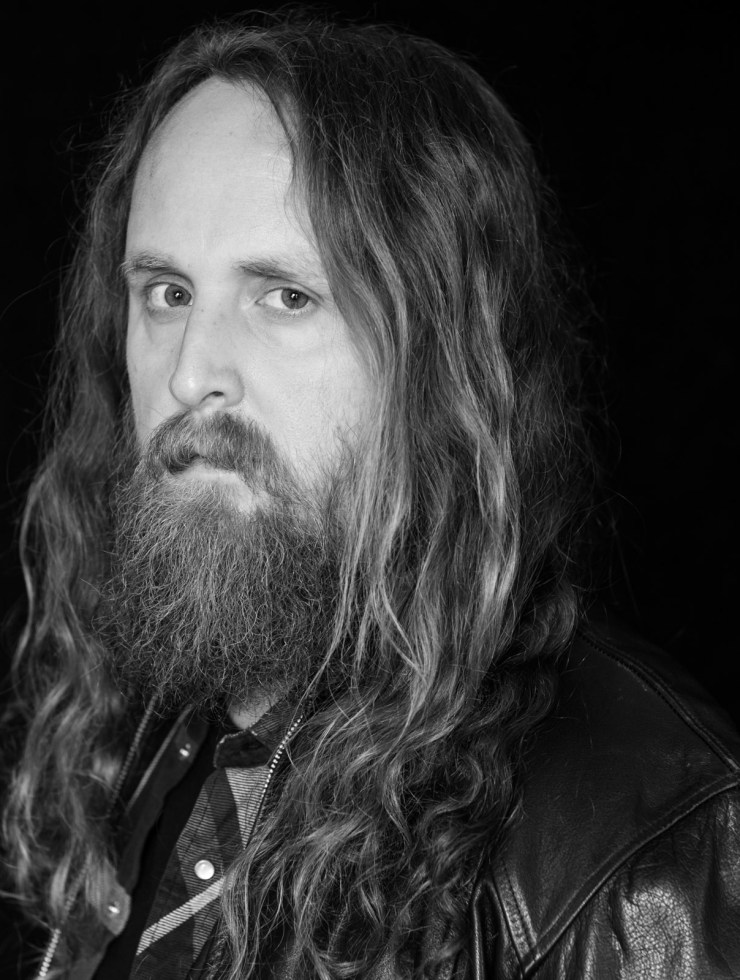 One of the world’s great destinations for oysters. An old-school Italian spot. Plus the best roast chicken of all time ("that you have to kinda work for“). John Martin, the co-founder and publisher of Munchies, wants to help you avoid the tourist traps in New York, largely by directing you towards his favourite addresses in Brooklyn, the New York borough he calls home.

“The Best Chicken Of All Time”

I go quite a lot to a place right by my office in Williamsburg called Aurora. It’s a rustic Italian place that’s sort of off-the-beaten-food-path, but it’s incredibly good. They have a roast chicken that is like, the best chicken of all time. It’s usually not on the lunch menu; you have to ask for it – you know, you have to kinda work for it a little bit. Sometimes it’s on the menu, sometimes it’s not, and depending on who the waiter is and who’s in the kitchen that day, they might make you one – if you’re lucky.

You know, everyone always says there’s no good Mexican food in New York City – that’s wrong. There is, and La Superior is a great example. It’s super casual, a great walk-in spot, and they have tacos and such. I really like that place.

A place I go to fairly often, that’s a little more high-end, is a place up in Greenpoint called Chez Ma Tante. It’s casual, but the food is pretty elevated – I like it a lot. The chef, Aiden O’Neal, is French-Canadian, and he puts maple syrup in a lot of things which sounds kinda gross, but it’s not. He puts maple syrup in the steak tartare and it’s always really, really good – If you go, definitely get the steak tartare. They also have kedgeree on the menu which is a British-Indian dish with poached cod, which you don’t really see a lot on menus.  And I always get the chicken liver mousse, which they also make with maple syrup –the chicken liver mousse and the kedgeree are total winners.

Frankies 457, is kind of the perfect restaurant; it’s Italian, with a big menu (and no misses), great music, the vibes are perfect, and food is amazing. I order the same four things every time I go there: the stracciatella, the octopus salad, the Cavatelli pasta with sausage and white pepper, and depending if I’m by myself or with people, I’ll get the cold sliced rib-eye.

“The World’s Most Perfect Cheeseburger”

I really like a place in Williamsburg called Blue Collar Burger which is really good for like, the world’s most perfect cheeseburger. They also have a fish sandwich, which is the best fish sandwich out, but it’s another one of those things – you kinda gotta ask for it. You know if you’re really workin’ for it, and they’ve got it, you might get lucky.

There’s a Thai restaurant called Ugly Baby which just does really good Thai Food. It’s nice, but I find myself going there a lot. Win Son, a Taiwanese place, is really interesting. It’s kind of got the same vibes as Momofuku, you know. It’s a really good place if you want to check out something that’s a little bit different.

Where I Celebrate My Birthday Each Year

On my birthday every year I do try to go to Grand Central Oyster Bar. I think it’s a perfect New York City restaurant. I don’t know if they have it on the menu anymore, but along with the oysters, I like to get the caviar sandwich. And I usually ask them to double-stack it.

There’s a great bar in the neighbourhood I live in called The Wing Bar. It’s a sports bar, run by people who don’t give a shit about running a sports bar. You know, they’ll have rock-n-roll playing over the games. It’s kind of a dive bar meets sports bar that serves really good wings, plays music and where you can watch the games – just not listen to them. I also really like a cocktail bar called Brooklyn Social. It used to be a social club, and it’s probably one of the first really, really early cocktail bars in New York City; and it’s still going strong.

Dinner And A Show

Union Pool is great – you know, it’s always a bit of a shit-show, but it’s a fun bar. If you’re going to a show at Union Pool, you could eat at King’s County Imperial, a great Sichuan place, or if you wanna go sorta high-end you could go to Peruvian restaurant Llama Inn which is always really good, or you could go old-school Italian at Bamonte’s. Saint Vitus Bar is a great place to see a show up in Greenpoint, and there’s a good pizza place right by there, called Triangolo.

On Court Street in Brooklyn, there’s Checkers, which is right across from the United Artists Movie Theatre. So sometimes I’ll go there alone, and I’ll get the Deep-Sea Double; which is basically a filet o’ fish with two patties. And if I’m really hungry, I’ll get the Big Buford Burger as well. I’ll put them in my pocket, I’ll go across to the movie theatre, and I’ll go see some awful movie by myself, and eat my burgers. It’s a real fat-guy move but, you know, sometimes you have to do it.

How To Cure A Hangover

Tofu on Fifth, a Sichuan restaurant, is usually my go-to hang-over cure. They do really good Sichuan delivery, so you don’t even need to leave the house. You can stay in bed and try to spice hangover away. If I’m really hungover, I’ll get the beef tendons and the cold cucumber with Sichuan peppers; the prawn kind which is a spice level of 10. That’s my cant-get-out-of-bed-hangover order. Hometown Bar-B-Que in Red Hook is another great way to spice the hangover away. The last time I was there I was reading the Texas monthly, which had just come out with their top 50 or 100, whatever it is, list of the best barbecue in Texas – so pretty much the best in the world – and I had been to a few in the top ten list. So I’m sitting there, and I’m thinking, this has gotta be up there – this is pretty damn good. Some of the best barbecue I’ve ever had, for sure.

When I Want To Eat Pizza

This is probably getting my New York card revoked pretty heavily, but I never really crave pizza; never do. You know some people fetishize it – I don’t – but when I do want to eat some pizza (and if I’m in Williamsburg), I’ll go see Frank Pinello over at Best Pizza. We do a show with him called The Pizza Show, and he’s just a super nice dude – is a good friend at this point – and he does the best pizza in Williamsburg. He’s got a white slice which is really, really good.