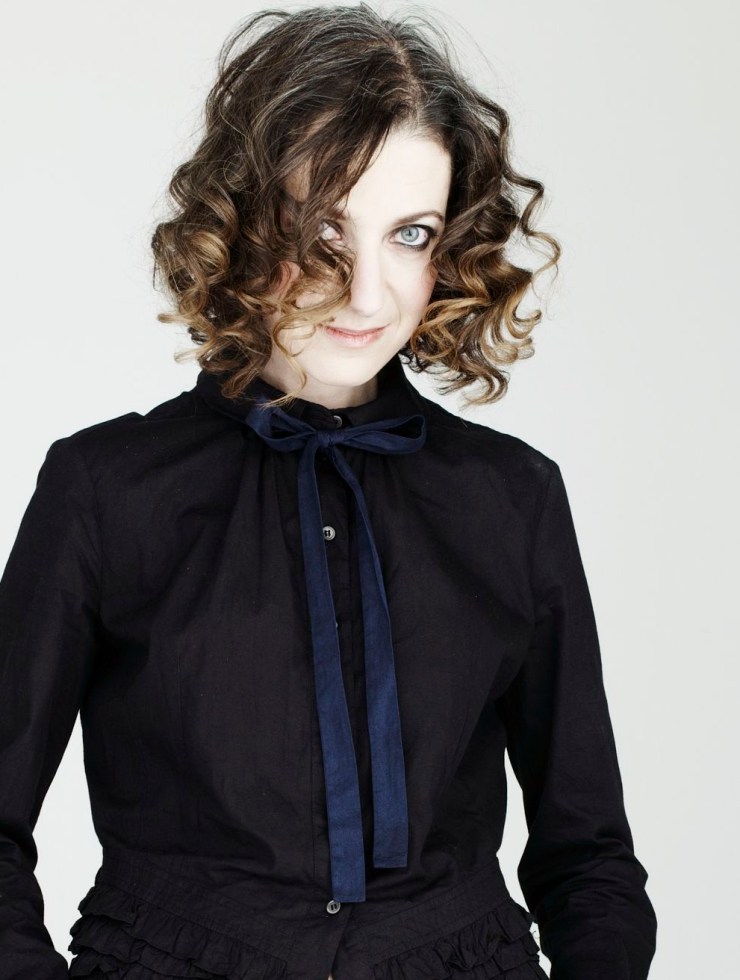 For more than a quarter of a century, London food writer and social media influencer Felicity Spector has worked as a television journalist. She brings this wealth of experience to her role as a judge for Great Taste, the internationally respected food and drink award. She cites Middle Eastern as one of her favourite cuisines and thinks it’s vital that restaurants not only treat their staff well, but that the entire industry works together to minimise our impact on the environment.

The Good Egg is an Israeli neighbourhood restaurant that my parents would have really enjoyed. It’s one of the first restaurants to get their start using crowdfunding, and it was really nice to be part of their beginning. It was started by three friends, and they’re all lovely. I’ve known them for years now. The food is really fantastic. Like a delicious sabich; an Israeli sandwich of freshly baked pita bread stuffed with fried aubergine, salad, soft-boiled egg and tahini. There’s also a delicious cornbread, and beautiful dips like beetroot hummus with labneh and pickled rhubarb. Another Israeli restaurant I love is Honey & Co. The couple who run it are so friendly and funny. It’s always nice to pop in and see them. I like that the menu always changes, and their desserts are ridiculously good. They have an amazing babka, which is a really rich and chocolatey Middle-Eastern cake. They’ve also opened Honey & Smoke, which is a bit bigger and has a focus on dishes cooked over a wood-fired grill. Shawarma Bar is a little Israeli restaurant and wine bar right near where I live. They’ve got a whole heap of delicious things on the menu, but I really love their lovely cauliflower shawarma that I think costs no more than seven pounds. It’s a great spot to drop in for a quick snack, too.

Jolene is a café-by-day-wine-bar-by-night in Newington Green. It has a little mill in the back of the restaurant where heritage grains from a farm in Gascony owned by Groove Armada’s Andy Cato are milled to make beautiful bread, pastries and pasta. A short, handwritten blackboard menu also offers beautiful small plates. The atmosphere is really nice and relaxed. It’s hip and cool without being pretentious. I really enjoy going there.

Sustainable And Seasonal British Food, Cooked By A Great Lad

Robin Gill is more than a great chef; he’s a really amazing person. He’s a great employer, which is really important to me. The staff in his group of restaurants have spirit, enjoy their work and have proper, fair conditions. It’s an ethical place to work in all senses. They don’t burn out their staff, and they also source and use food sustainably. Gill has a stake in The Full Circle Farm, an initiative that uses restaurant food waste to compost soil and grow-to-order for a few different Michelin-starred restaurants here in London. He has Sorella in South London and has recently opened Darby’s in Battersea. Both have beautiful, creative and absolutely delicious food. They’re very good at what they do. Robin really should have a star, but he doesn’t. I don’t know why. Richard Falk who previously worked for Robin as head chef at The Dairy [which permanently closed unfortunately], has opened a really good restaurant called Lino. Similarly, Richard has invested a lot of time in mentoring his staff, and sources everything quite carefully.

Another former chef of The Dairy, South-African Patrick Williams, has opened restaurant Kudu in Peckham together with his wife. He has a really inventive cooking style and the food is also really, really good. There’s a lot of passion in what they do. The food is inspired by his South African roots, but with a bit of a British twist.

Cornerstone is a brilliant new restaurant by chef Tom Brown. He’s quite a young guy and very talented. The restaurant only cooks fish – there’s no meat on the menu and there’s no need. The food is really fantastic. There are a couple of different breads on the menu, and really good desserts, too. It’s not very big, and it’s very popular so you do have to book ahead.

There’s a great place called Little Duck Picolry. It’s so lovely and casual; you sit around a big beautiful counter where the chef kind of hangs out. You know, he’ll casually announce that he’s just pulled a pie fresh from the oven or something else magnificently delicious. It’s just so nice and relaxed.

Foraged And Local Ingredients In A Relaxed Setting

In South London, you’ll find a restaurant from the lovely chef Nick Balfe who was also behind Salon [which sadly closed down after 10 years] in Brixton. Like Salon, Levan (in Peckham) serves fantastic food in a really relaxed, but very stylish space. It’s the kind of place you could go to just have a couple of small plates, or you can go and have a complete blow-out meal with friends. You always enjoy yourself at Balfe’s restaurants. Everyone is so nice and friendly, and the food is consistently really good.

“It’s Miles From Where I Live, But I Always Make The Journey”

Chef Tom Oldroyd (the former chef director of the Polpo Group) bought a neighbourhood pub in Hackney, The Duke of Richmond, where he cooks British, albeit slightly French cuisine. You can enjoy a really lovely Sunday lunch here, and every Thursday they have a parents-and-kids day with a big play area for the kids, and an opportunity for the parents to hang out and relax.

Smoke & Salt is a restaurant from two young guys, Remi and Aaron, who are both really nice blokes. They use a lot of preserving, curing and smoking techniques to produce really creative, very tasty, and interesting food that always surprises. It’s also very well priced.

The Quality Chop House is fantastic. It also has a little shop next door which sells all sorts of lovely things. You can go in at lunch and get a big sandwich or pick up a bottle of wine. The staff are just lovely. They even lent me a fridge when mine broke down. One of them actually carried it to my house. They’re so kind – I always have time for them. The group that owns The Quality Chop House also has a couple of other places which are just as good: Clipstone and Portland.

A Bakery Worth A Detour

Pophams is a croissant-bakery that I’ve always been a big supporter of. Olly, the founder, was inspired to start Pophams after stumbling on Lune Croissanterie in Melbourne and realising that no one was doing anything like this in England. In fact, Kate Reed, the brilliant mind behind Lune, was visiting last week and messaged me asking “I’m in London, do you want to meet at Pophams for breakfast? Of course I replied yes.”