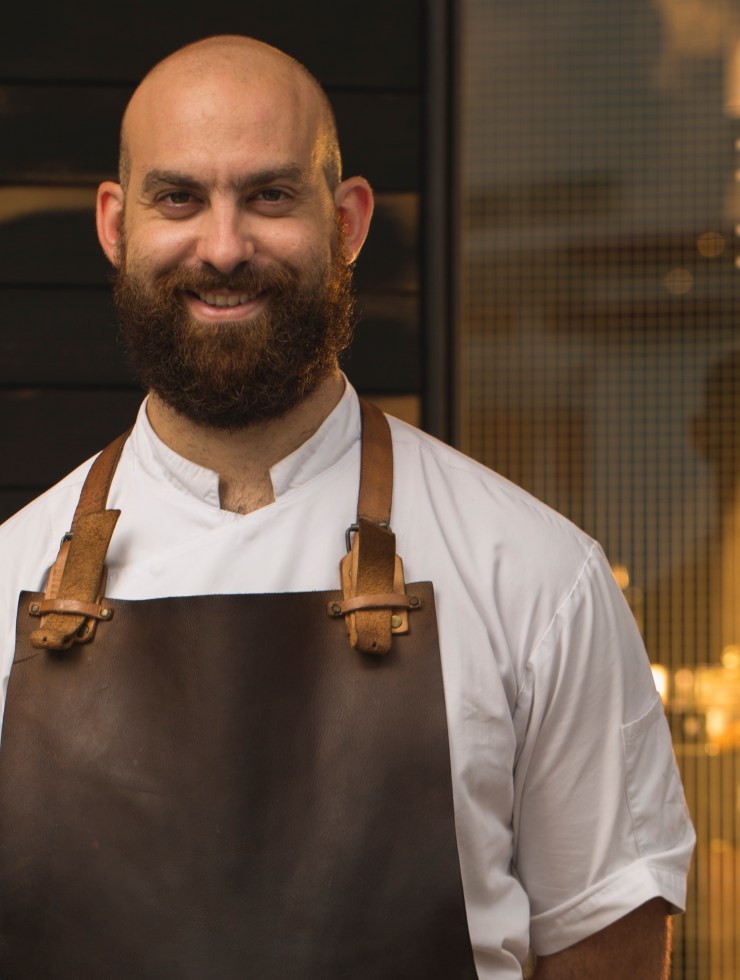 Dave Pynt is chef-owner of Burnt Ends, a modern Australian barbecue restaurant which opened in Singapore’s Chinatown and moved to Dempsey Road in 2021. The combination of food cooked with fire, the theatre of an open kitchen and a punchy Aussie drinks list equals a party that locals and visitors all want in on. The restaurant is just one example of the new wave of dining that makes Singapore a haven for the hungry. “There’s everything from everywhere,” says Pynt. “High-end, low-end, midrange; Indian, Scandinavian, American, Asian. You name it, we’ve got it.”

My meal at Cloudstreet was fantastic. The chef is a guy called Rishi Naleendra who’s been up in Singapore for quite a few years now and opened Cheek By Jowl which was a one Michelin-starred place. He and his wife Manuela Toniolo have really put their stamp on the design of the restaurant. When Rishi cooks, his modern Australian, Sri Lankan touch is on everything and people are absolutely loving it. I really loved his marron dish with a Sri Lankan curry. Cloudstreet also has that service standard that everyone in Singapore expects at higher price points. It just hits the nail on the head.

Michael from wine distributor Monopole was the first person to take me to Imperial Treasure Super Peking Duck and I’ve been going since. You could hunt around for a better Peking duck, but you just can’t find one. The ultimate hack on this is that you can get the duck takeaway – with a second course– but you have to go to the shop. For me, the second course is always sung choi bau (lettuce cups filled with duck mince), every day of the week. There’s also the king crab dish with egg white and goujons in which the chefs batter and fry some of the crab. It’s incredible, but you’ve got to take a whole crab which is like eight or nine hundred bucks. It’s a 300-seat restaurant but it can still be difficult to make a reservation, especially on Mother’s Day, Father’s Day and any other big days. There are a few branches, but I only go to the one at Paragon. I’ve tried some of the others and they’re not as good. Paragon is so solid.

When we first got to Singapore, one of my staff recommended Sin Hoi Sai in Tiong Bahru for good late-night chilli crab. Since then, we’ve worked our way through the whole menu and now have our favourite orders. Pretty much every time we go, we get the chilli cucumbers, salted egg fish skin, bean sprouts and the bean curd and broccoli. We then get a chilli crab, we get a pepper crab and we get about 100 mantou (steamed) buns and a shit load of Tiger beer. You want to go with a bigger group so you can get through a few dishes, otherwise by the time you get to crab, you can only eat one crab. It’s the age-old question: what’s better, the chilli crab or the pepper crab? I think when you go, you need to have both and make up your own mind. For me, pepper crab probably has better flavour, but when you dip the mantou buns into the chilli crab sauce, it’s a game-changer. You get a different experience with both. But the mantou buns in the chilli crab is something that will stay with me forever.

“The Best Pork Bun In Singapore”

When we’re hosting chefs at Burnt Ends, we always get them the pork buns from People’s Park. They make their bread from scratch. They make their own pork. The way they put everything together is delicious. It’s a great little snack and the best pork bun in Singapore. I still don’t know the name of the place and I’m pretty sure no one in my restaurant does either. It’s in the outside area. When you come out from the underground, it’s on your way to the hawker centre. If you walk straight, it’s on your left-hand side before you get to the hawker. It’s the stall with all the flatbreads that are pretty much cooked to order. They’re just getting a little ahead on them because they’re so busy, but they make the pork buns to order.

Punch is a café run by a Singaporean guy who lived in Melbourne for quite a few years. He had a coffee shop that was between a three-minute walk between our first place in Singapore and the restaurant. It was quite good and we used to go there every day on the way to work. He then opened a place called Ronin which was a bit more Japanese in terms of interior design and food, and then Punch. He’s an absolute coffee nut and roasts his own beans. Punch has really good service, really good coffee and the food he does is really interesting. There’s a BLT that has this great Japanese element.

I take my daughter on bike rides and we always go to Hokkaido Dosanko Plaza [a Hokkaido specialty store at Great World shopping centre] to get a Hokkaido soft serve that she absolutely loves. You can get milk flavour or rockmelon flavour or you can have a mixture of both which she loves it. We grab one of them, sit down and eat it and then ride home.

Singapore’s Many Styles Of Japanese Food

If you dig deeper into Singapore, you can really find some niche Japanese spots. The owners of these places go about their business very quietly and humbly. There are a few yakitori (grilled chicken skewers) places through Cuppage Plaza and a lot of yakiniku (grilled meat) places that are doing really, really well. It’s this old building just behind Orchard Road, but has multiple levels of like really good, tiny little Japanese restaurants. A lot of them have been around for a long time and they just do their thing and do it really, really well. At the higher end, you’ve got sushi places like Sushi Kimura and Hashida Sushi. They’re a little bit younger and a little bit more creative. They still use traditional techniques but bring new flavours and combinations into their repertoire so it’s just a little bit more interesting. If you want yakiniku, you want Yazawa in Robertson Quay.

I love going to D.Bespoke, an old-school Japanese bar with big comfy seats. It’s around the corner from Burnt Ends and up the road from the old Restaurant Andre. The bartenders there make really good drinks and give old-school service. It’s really nice. It’s not the sort of socialising place that you might be used to as a bar, but a place you go with a partner or friend and have your drinks together rather than going somewhere to meet new people. It’s mainly cocktails and whisky.

As well as Burnt Ends, we’ve also got three Meat Smiths. The original is in Telok Ayer which has that American barbecue format and focuses a lot on burgers. There’s also a fried chicken sandwich and a smoked brisket sandwich. We’ve just put in a wood-fired elevation grill and the menu now offers a nice big steak section at a really affordable, competitive price point. We’ve also got a Meat Smith in Little India which combines American barbecue techniques with Indian flavours. We’ve also dropped in a tandoor oven that we play with as well.

Finally, we’ve got this beautiful little hawker stall at Glutton’s Bay. Over the past year, we’ve been focussing and refining the char siu pork ribs. We smoke them at Telok Ayer and then move them down to the hawker centre while they rest, slap them on the grill and get a really nice char on them. We then baste and reglaze them. They come out really good. Every month we try to bring down a new chef from the restaurants and give them an opportunity to do their own dishes and going through that process of creating and seeing how the public feels about their food. It’s a good experience, especially for my younger chefs.