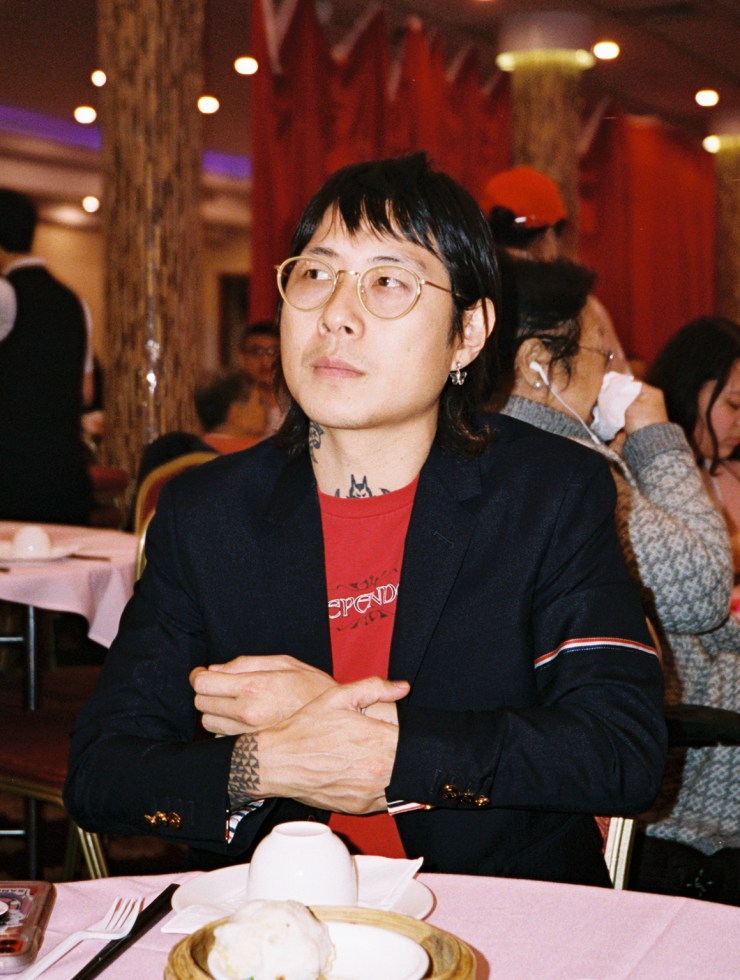 Runway model. UNIQLO ambassador. TV star: Mission Chinese Food chef Danny Bowien wears many hats, but it’s his unique, Americanised brand of Chinese cooking that’s taken him around the world. His NYC dining recommendations are just as personal and eschew the hip and trendy in favour of Jewish delis, American-Italian restaurants and other classic New York eateries. “I like places that are kind of institutions,” says Bowien. “Maybe they’re not the best food or the hottest or coolest version of something, but they’re reliable and they’re always going to be there.”

The Newcomer That New York Needed

Ernesto’s is a fairly new Basque restaurant in Chinatown and serves lots of small plates. The chef there is Ryan Bartlow who’s a really good guy from the Lower East Side that’s worked everywhere. He’s worked for ‘The Franks’ [Frank Castronovo and Frank Falcinelli, owners of the Frankies Spuntino Group]. He was working for Riad [Nasr] and the guys at Frenchette. He lived and studied in Spain and he makes amazing Spanish food. All of his fish is incredible. He does a piece of hake with clams with green sauce that’s really good. He does a gilda that everyone does, but he does it really well with a little bit of tuna conserva. His shrimp toast is really good. His blood sausage is really good. There’s a plate of homemade potato chips with Iberico ham that everyone went crazy for on Instagram. In New York when something new opens, the city just descends on it. I thought his soup was incredible, he did this leek stew that was really nice. Ernesto’s feels like what New York really needed: a straight forward restaurant. Like, it’s not a wine bar but they serve really great wine. The wine list is all Spanish but it’s not all-natural wines which is kind of nice to see.

One of my favourite pizza places is a spot called Scarr’s Pizza. The owner’s name is Scarr [Pimentel] and he’s a really good guy. Growing up, he worked in a lot of really famous pizzerias in Manhattan like Lombardi’s and Patsy’s. He had this idea that he really wanted to open up his own pizzeria. He doesn’t make a big deal about this, but he mills his own flours and he uses the best ingredients. But he doesn’t tell anyone that. At first glance, it just looks like a regular slice shop, but it’s definitely one of the most popular pizza spots in New York. It’s funny because when I go there I see a lot of food writers and people in the industry eating and over-analysing certain aspects. I always see at least one person overthinking the pizza and looking at it and telling their friend about how he mills the flour in the basement, but there’s equally the same number of if not more people just there eating pizza. Skaters from downtown. People that live there. It’s a very cool spot. There’s always a line. I like the regular slice and I take my son there all the time. Scarr’s also does a vegan slice which is amazing and the Caesar salad is one of its best-selling things and it’s vegan as well.

When friends are visiting from out of town, I’d try to take them to Barney Greengrass in Upper Manhattan. I don’t go there very often – I always eat at Russ & Daughters on Orchard Street – but if it was a special occasion, I’d make the trip uptown. I love that restaurant. Barney’s is over a hundred years old and it’s a deli spot and known as the king of sturgeon. I love the potato pancake and my son loves the matzo ball soup: it’s actually his favourite place to go. It also does really great orange juice. I love the fact that you can go in there and it’s touristy, but it’s not too touristy. People who live in the neighbourhood have been going there forever. It’s a place that’s on everyone’s list, I think.

B&H Dairy is another place I go to. It’s a little Eastern European breakfast-lunch counter that’s amazing and serves whitefish. It makes homemade challah, their soups are really, really good and they make amazing borscht. I’ve been going to B&H forever. I like the matzo brei: it’s basically eggs cooked on a griddle with matzo meal – matzo crackers that have been reconstituted in a little warm water – and then they whisk in a couple of eggs and make an omelette out of it. It’s super good and it’s cheap. So cheap. B&H is amazing and definitely an East Village staple.

Vegetarian Food at Any Hour of the Day

There’s a Punjabi deli on the Lower East Side that I eat at a lot called Punjabi. It’s a take-out spot that’s open 24 hours and it’s all vegetarian. I eat there… often. If they have the okra masala, I always get that but I usually get the three items over rice or with two roti. The two roti just changes everything. I always have the chickpeas and the spinach, but other than those, it always rotates. They usually have about eight to 10 items and little fried snacks too including the best samosas. I always get the samosa with chickpea and yoghurt.

I still go to Balthazar a lot. I love it. Late at night after work, it’s still one of my favourite places to go. If I’m there late, my girlfriend and I will usually just go and get coffee and dessert after work. I used to go there to eat and I’d eat the dinner which was fine, but I’d do it just to eat the dessert. There’s this really classic caramelised banana tart with vanilla ice cream. I love having that in that room really late at night with a cup of coffee.

An Introduction To Italian-American Cooking

I like going to Emilio’s Ballato on Houston Street at the cusp of Little Italy. It’s not fancy at all but it’s a great spot for regular, Italian-American pasta. David Bowie used to eat there all the time and it’s where my son had his first meatball. My favourite dish there is this appetiser called “trippa alla Romana” (Roman-style tripe): it’s like a tomato-braised tripe dish that’s really good. I also like the pasta pomodoro. That’s my favourite. Just really good spaghetti, really good tomato sauce and no cheese. People go crazy over the ravioli and the linguini with clams. The tiramisu is amazing and there’s really good espresso, too. Very Italian. It’s really strong and really bitter and just so good.

I go to Bar Pitti in the West Village a lot. It’s a Southern Italian restaurant: Tuscan I believe. It’s a very fashion crowd. There’s a specials board written in Italian that they walk around to each table. I always get the puntarelle and anchovy salad, and the sautéed spinach with garlic which is so good. The panna cotta with chocolate sauce is really great for dessert. I like going there for lunch meetings. It’s really nice and it’s always really busy. These aren’t fancy places: just your regular New York restaurants. They’re cool because they’ve been around forever. I like places that are kind of institutions. Maybe they’re not the best food or the hottest or coolest version of something, but they’re reliable and they’re always going to be there.

En Japanese Brasserie is another place that’s been there for a long time. The owners made their own tofu every couple of hours – they’re so nice and chill. I always get this dish that’s literally just steamed vegetables in a bamboo steamer served hot or cold. They’re just these amazing Japanese market vegetables served with a moromi miso which is a whole bean miso. It’s insane. So good. So simple. They do amazing sashimi as well. I also like this Japanese restaurant in Soho called Omen Azen that’s also been around forever. Its tuna tartare is ridiculous and has these little Japanese rice cracker balls in it. They also make their own udon. It’s traditional home-style Japanese cooking and everything’s good.

Sushi At All Price Points

I don’t do omakase [tasting menu] as much as I used to. I can’t tell you the last time I had it. There was a time where I’d obsess over it but it’s not really cost-effective to live in New York and do omakase all the time. But if I were to have to choose a place, I would still say Sushi Yasuda is my favourite. It’s so special. I like the vibe at lunch, it’s faster. [Sushi hand roll restaurant] Kazunori has been really successful because it’s not super expensive. It’s not the best you’ll ever have, but it’s good, cheaper and it’s fast.

Mission Chinese Food is a community-based restaurant that speaks to people from different walks of life. In comparison to a traditional restaurant, it feels very unique, although we do follow a lot of the same narratives about what a good restaurant should be, like steps of service. But the food is very personal. It draws from a very personal place for me. I’m adopted, I grew up in Oklahoma, I lived in San Fran for a good amount of time and now I live in New York. It’s very fusion. It’s a crossover of this and that, but I pay a lot of attention to the fundamentals of Chinese cooking: Sichuan and other regional food, specifically. Eating at our Bushwick [Brooklyn] restaurant definitely feels like you’re part of a club. You feel like you’re in a show. It has a lot of vegan and vegetarian options to cater to the crowd there.