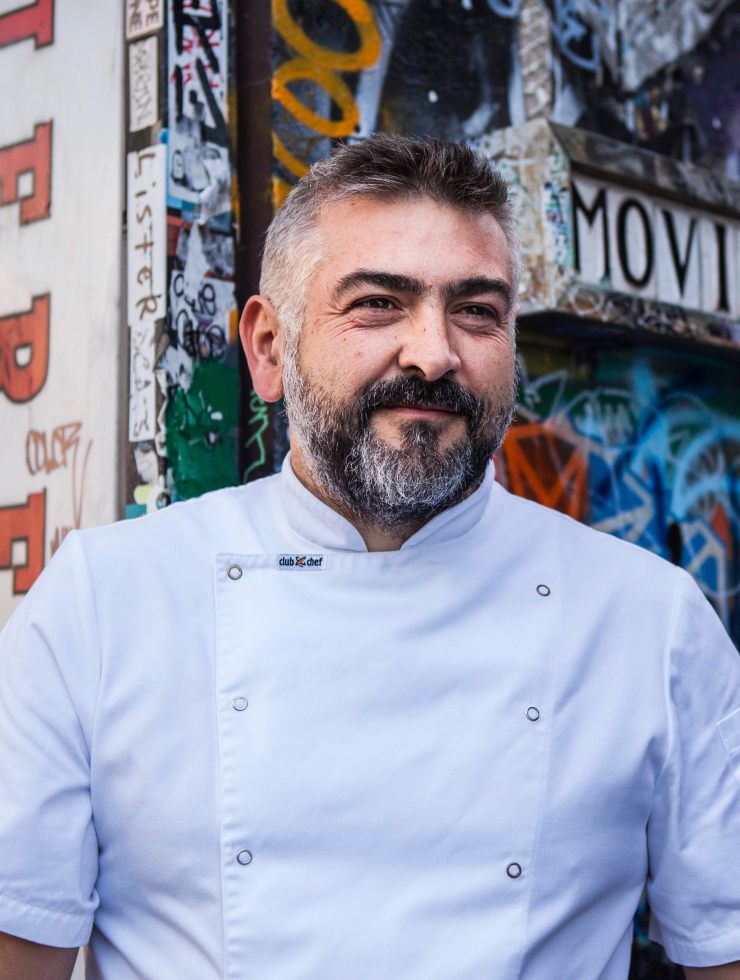 Born in Barcelona, made in Melbourne: the story of iconic Melbourne laneway tapas bar Movida mirrors that of its founder, Frank Camorra. In 2000, Camorra took a career-defining trip to Spain and returned to Australia inspired to replicate the flavours he was exposed to. The rest, as they say, is history, with Movida begetting various offshoot restaurants and cookbooks. Here’s where he eats and drinks when he’s at home.

I like to take the family to Capitano, an Italian joint in Carlton from the same guys that opened Bar Liberty. The food is simple and delicious and there’s a really good wine list. There’s a place near home called Poppy Cafe And Pantry that has become a bit of a classic Sunday morning thing to go with the family. The menu is really simple but it’s delicious. Like all great breakfast places, the owners are there and they really care. They say hello and know how you like your coffee.

Gerald’s Bar is an old favourite of my wife and I. It was one of the haunts we used to go to all the time. Gerald’s is great. It’s on a beautiful tree-lined, gorgeous street. It’s a real classic place that does fantastic, simple food, but it’s sort of changing every day and there’s a really good, tight little wine list. They’ve got an outside area which is generally full on a Spring day

The Lincoln Hotel has become a place where the team like to go. We’ve had a couple of staff parties there, and the owner was a former manager and sous chef at one of the Movida restaurants. When you go there you always see current employees and past employees so it’s really like going to see your family. It feels like home. And the product is really good. They’ve won a couple of awards over the years. They’ve got great beers which always change, excellent food and they do a good Sunday roast. We’ll go with the family on Sundays to have the roast. It’s always good and always fun.

Where To Drink Natural Wine

Natural wine has become a big part of Melbourne’s wine culture. Places like Embla and Bar Liberty for instance, have a big focus on natural wine and that’s certainly creeping in more and more.

A Melbourne Institution (And A Menu Request)

Cumulus Inc has been around for a long time and I always go there. Its tuna tartare with crushed green peas is a classic, you can’t really go past that. Owner Andrew McConnell used to have this amazing salt cod and parsley soup on the menu. It hasn’t been on for years, but that was like one of the best things I’ve ever eaten. Hopefully he reads this and puts it back on the menu.

A late-night bar we go to is Arlechin, Guy Grossi’s bar which is behind Grossi Florentino. It has a dish called abbacchio alla Romana which I still love making myself to this day. It’s like a braised lamb dish with all the different cuts of the lamb and it has tomato, Parmesan cheese and white wine. So many different ingredients. And it’s slow-roasted in the oven with a breadcrumb and Parmesan crust on top. It’s a classic Italian, rustic Roman dish and it’s absolutely delicious.

The Key To Australian Food

When Spanish chefs come to visit, the most interesting things for them to see are the cross-cultural influences in Australian food. I like taking them down to Little Saigon – Victoria Street in Richmond – just to give them an idea of the layers of Australian immigration. It was Italian immigration down in Footscray, then Vietnamese and now it’s African. All of those elements are still there, still layered on top of each other. To me, that’s the key to Australian food. All those different influences, one over the other, and how we go and put them into modern Australian food. That’s the great thing about Melbourne food. It’s a rich interpretation of other cultures’ cuisines.

The Most Delicious Pho In Footscray

We live close to the Queen Victoria Market, so going to the market and getting a kransky sauerkraut sausage: those small things have become a routine. Or waking up with a hangover and heading down to Footscray and getting a pho soup in the morning. When I travel, I often travel to Spain for work, so when I come back, the first thing I want to eat is often Asian food because it’s just done so well here. For me, Pho Chu The is the most delicious pho in Footscray and the people that run it are really nice.

A Classic We Can’t Take Off The Menu

The signature at Movida is the anchovy and the sorbet. It’s one of those things that we can never take off the menu. And we always encourage people to try it, even people who don’t like anchovies. “Give it a go, and if you don’t like it, you don’t have to pay for it,” we tell them. It represents our food really well, and to a further extent, Australian food. It’s a classic flavour combination that you see all over the Mediterranean: not just in Spain, but in Greece, Italy and France. But then it has that little tweak which I think Australians do really well – just changing cuisine and making it a touch more interesting. It’s just a bloody great way to start your meal.