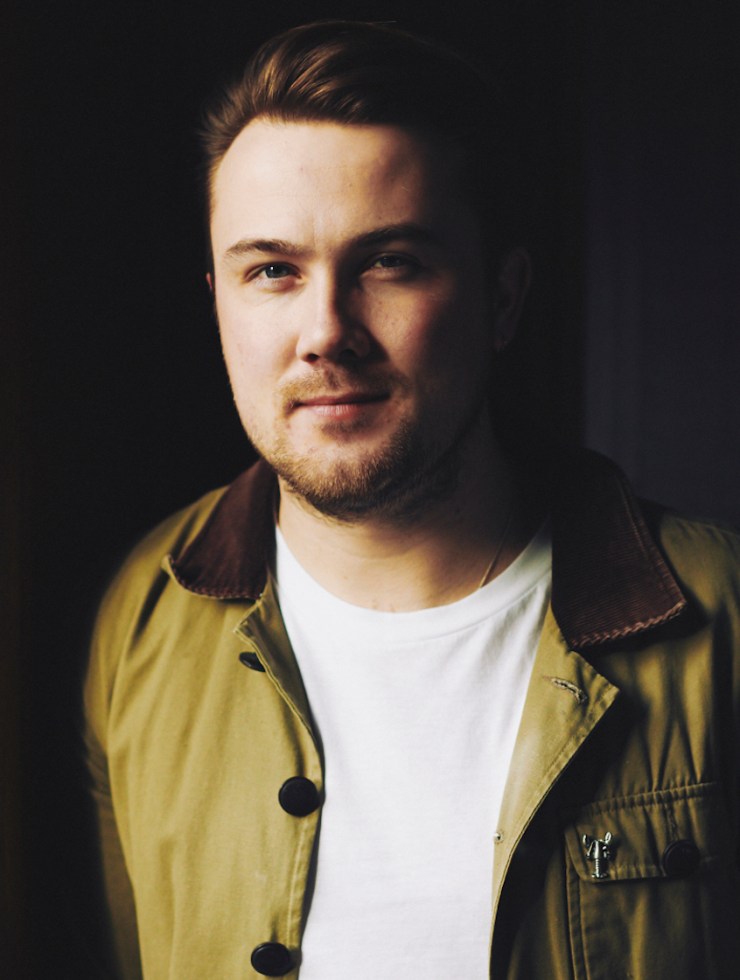 Brat: the hottest restaurant in London? The signs all point to ‘yes’, from the impressive haul of awards the Shoreditch eatery picked up after its first year – a Michelin star, its runner-up finish at the National Restaurant Awards 2019 – through to the temperature of its wood-burning kitchen. Pivotal to Brat’s success is Tomos Parry, a Welsh chef who looks to Basque grilling tradition to produce some of England’s most vital cooking. In turn, these are the places he finds inspiration and nourishment.

The One To Watch

Kiln is amazing. It’s a walk-in only, counter-dining restaurant cooking northern Thai food over charcoal. It’s bonkers. Super busy, super good vibe. It’s kind of my favourite restaurant, really. It’s my go-to. For me, it should be at the top of everyone’s list. The produce it has is incredible and there’s a great natural wine list. It’s not that long, but everything is by the glass, so you can try everything. Most of the dishes are ten pounds or under. I think you can have an amazing meal for around £30, which is obviously pretty reasonable in London. Meedu Saad is the new head chef, and I think what he’s doing at the restaurant is amazing. He’s a really gifted chef. He has so much talent and potential. It’s very exciting. People should definitely watch this space because I think he’s going to do really special things.

A New And Exciting Seafood Restaurant

The Sea, The Sea is a new restaurant that I’m really excited about. It’s all about nose-to-tailfin seafood cooking and eating. The chefs are using the whole fish and aging it in different ways to create different textures and tastes. It’s really good.

Where The Local Chefs Are Eating

I find myself going a lot to the Turkish restaurants in East London. They’re pretty legendary. There’s one called Umut 2000 that does Turkish mangal food. It’s pretty much always on our list of places to go-to after work. It’s a chefs’ favourite for sure. It’s really good, tasty food. You can stay there until quite late, and it’s no-fuss which, ironically, is what chefs really want. We like that vibe because it’s different to what we do day-to-day. Black Axe Mangal is a lot of fun but the cooking is also of the highest level too – a great balance. Go for the lamb offal flatbreads and intriguing cocktails.

A Meal To Make You Think

Ikoyi is refreshing and exciting. It’s where I go when I want to experience something different, something that has the potential to change the way that I think about food. It’s kind of Nigerian/West African inspired. I don’t have much understanding of African food, so I have no reference point. It’s actually quite nice to go somewhere and not have any idea of what’s going on. To taste new flavours, new combinations, new heat profiles and spices. It’s funny when you go to a place like that because you feel like you’ve gone back to when you first started cooking, when you’re still learning. Obviously, I’m constantly learning, but when I first started, when I knew nothing, I’d go to restaurants and be like, “What the hell is going on here?” It’s very rare to get that now, but with Ikoyi, I find myself in that moment where I know nothing. It’s quite nice. It’s an escape, really.

I’m not a fan of brunch in general, but there’s a new spot that’s just opened down the road from me called Oren, and it has an amazing brunch. The produce is exceptional, you can have proper food and a great meal, and it’s very good value. I’ve known the chef for a while and he’s very, very good at what he does. He’s cooking Middle-Eastern food. Things like a mixed grilled kebab, offal and lovely aubergines. What it’s doing is really cool. I think it’s going to become one of the go-to places in London. For breakfast I really like a bakery called The Dusty Knuckle. It’s got very good bread and very good bacon sandwiches.

The Gems Of London

St. John is obviously a classic. It’s like a spiritual experience when you go there. You have to go every now and then: you know, you’ve got to check in. 40 Maltby Street is certainly a real gem. I’d say it’s in my top three favourite places to eat in London. It’s in south London, which is far from me, but if I lived closer, I’d probably be there three to four times a week. It’s fantastic. The food is brilliantly simple with a daily changing menu and an exciting natural wine selection. Up on the bar there’s an English ham that gets sliced to order. I order it like I would jamon in a Spanish restaurant.

Underneath Brat is a restaurant called The Smoking Goat, another Thai spot with a great vibe. It’s like one of those late-night Bangkok places. The kind that has canteen vibes, lots of beer and great drinking food. It’s fantastic to have such a good restaurant right below us. All the staff go there. You can go in, have a drink and order a few skewers. It’s pretty cool.

An Experience Worth Travelling For

For something special, or even on a nice Sunday, I love going to The Rive Café. You’ve got to make a day of it, really. I live in East London and this restaurant is very west, so for me, it’s a bit of a trek. It’s a real day out. Which I like. You set off a bit early, you might have a drink at the pub beforehand. You’ve made the commitment, so you spend a few good hours there which, of course, isn’t hard to do. It’s not in a remote part of London, but it’s not in the centre either, so you kind of feel like you’re on holiday for a few hours.

Restaurants That Care About Ingredients

Brawn is a restaurant that I really love. It’s very close to Brat, and it sources some of the best produce in London. I can relate to its style of cooking and I feel relaxed there. The chefs are confident and focused on flavour. It’s sort of bistro-style food using incredible produce. Spring restaurant in Somerset House is a beautiful place to have lunch. Chef Skye Gyngell is doing very good things with amazing produce that she sources really well.

A quintessential pub in London is The Cow, a pub in Notting Hill that’s been around for ages. It’s legendary. It’s one of my favourite pubs in London. I love to get down there when I can. It’s fairly old-school and super cool. It serves local seafood; plates of oysters, whelks, clams and cockles. You order loads of seafood and drink Guinness and English beer. Eating oysters together with drinking beer has been a London tradition for ages, and The Cow sort of keeps that tradition alive. It’s a unique seafood experience. The Marksman, a pub in East London, is also really good. The food is very, very, very good. Sweetings is one of the oldest restaurants around. It’s a place I love to go for lunch. It has a great seafood bar. Again, very English – cockles, periwinkles, clams. It’s in the city and is mainly filled with city workers on weekday lunches. It feels like another time and I find it a little escapism.

P Franco is a cool wine bar in East London. It’s one of the first wine bars of this kind: these new natural wine bars that you see popping up. There’s a few similar now, but I think this is the coolest one. It’s also on my street which is quite lucky. Noble Rot is another one of my go-to places. We’re friends with them and they actually work with Brat to curate our wine list. It’s one of the most exciting places to drink wine in Europe. The food works perfectly with the wines – it’s very seasonal and brilliant cooking.

If I am going to go for a bar experience, I’ll go to The Connaught bar. It’s not somewhere I go every night – it’s fairly high-end but it is very, very good. It’s a treat to go there to taste a few really well-made cocktails with magical service. The Standard Hotel has just opened [July 2019] in East London. It has a rooftop bar and the views are pretty amazing. The cocktail list is really cool, too.