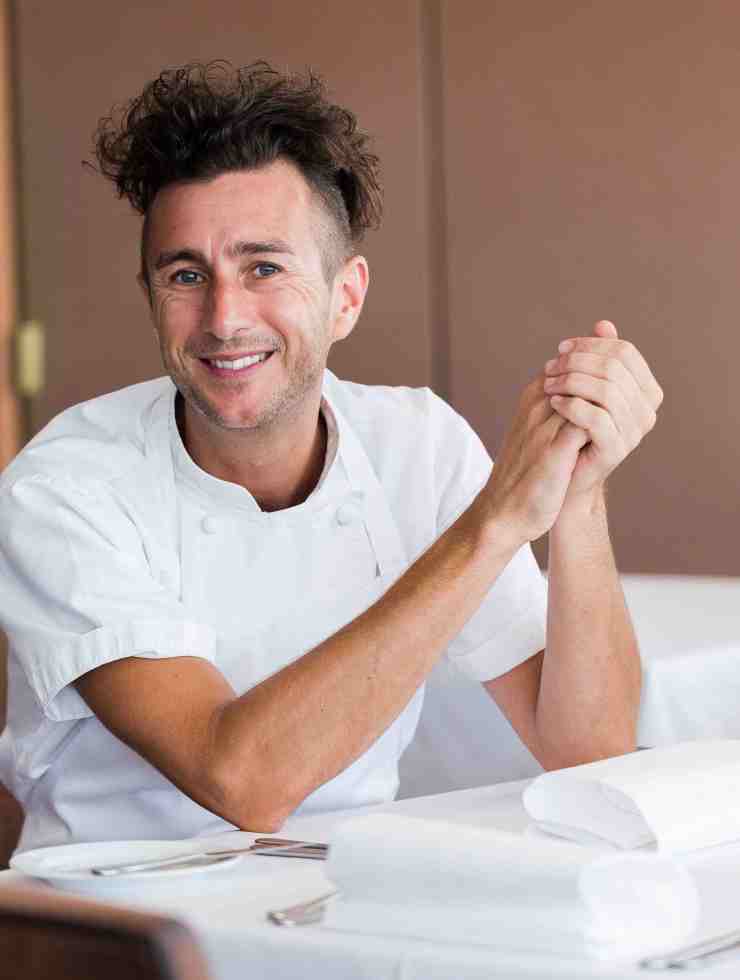 “Less cool than Melbourne and minus Sydney's glistening harbour.” Once upon a time, says chef Ben Russell, this was how most discussions about Brisbane’s food scene would have concluded. The discussion, insists the former Aria Brisbane head chef who’s now at Rothwell’s, has changed. Today, the Queensland capital is a city brimming with dining brio. Between its shiny new precincts and an injection of new cooking talent from interstate and overseas, Brisbane is ready, once and for all, to shake off its dated Bris Vegas tag. “Should you wish to dust off your favourite pastel blazer and hit the town for steak and prawns on the same plate, you can still do that,” says Russell. “But Brisbane now has a legitimate dining scene that stands on its own.”

Welcome To (The New) Brisbane

It wasn’t that long ago that a conversation about Brisbane’s food scene would have been limited to a few short sentences. It paled in comparison to Melbourne and Sydney and has been more famous for its rogue politicians than any kind of moderately unique dining culture. With an enormous amount of inner-city development, growth has been visible over the past several years; but the pace quickly picked up and the landscape changed seemingly overnight. Brisbane was suddenly vibrant. Supported largely by an influx of inner-city living, the James Street Calile Hotel, Howard Smith Wharves, W Hotel and King Street precincts opened almost all at once, and along with them, countless new restaurants. A new generation of talent was quickly attracted: Louis Tikaram moved from Los Angeles to open Stanley Restaurant, Adam Wolfers took over the kitchen at Gerard’s Bistro, Tim and Sarah Scott opened ten-seat restaurant Joy, Ollie Hansford returned to Stokehouse Q, and Alanna Sapwell returned home to the state (stay tuned for her next project, Esmay). Don’t get me wrong, should you wish to dust off your favourite pastel blazer and hit the town for steak and prawns on the same plate, you can still do that, but Brisbane now has a legitimate dining scene that stands on its own. Here are some of my favourites, old and new.

The Restaurant That Put Brisbane On The Map

Philip Johnson was perhaps the first Brisbane-based chef to attract national attention when his restaurant e’cco bistro was awarded Australian Gourmet Traveller Restaurant of the Year back in 1999. In 2018, after 20-odd years at the same CBD location, e’cco moved to a slick new space in Brisbane’s Newstead area. And good news, the whole package is as good as ever. It’s classic Philip Johnson food and it’s absolutely delicious. It’s what people want to eat and it’s what I want to eat: luxe bistro fare that’s big on flavour and unfussy.

Thierry Galichet has been cooking classic French bistro food in Brisbane for what feels like forever. Le Cache à Vin is his recent incarnation: a basement restaurant in Spring Hill that opened in 2018. He has his loyal fans; the old corporate Brisbane boys love him. They follow him for straight-up French classics like cassoulet, snail ragout, steak frites and cheese souffle; and I’m right behind them. Theirry has a wine import business, so the wine menu – of mostly French wines – is sensational. You can also purchase wines to take home from the wine store.

It’s a bit of a hike out to Underwood, but you’ll want to make the effort for restaurant Manok Park. It’s casual Korean cooking, and it’s fantastic. The chef worked with me for several years at Aria before opening Manok Park with his family. He’s taken the skills learned in a fine-dining kitchen and applied them to Korean home-style cooking. I’m a big fan. Order the beef tartare bibimbap, the fried seaweed roll, raw crab marinated in soy and the cheonggukjang stew.

From the humble beginnings of a garage, Happy Boy has grown into a slick modern Chinese restaurant. I’ve pretty much eaten my way through the entire menu and can confirm it’s all outstanding. I particularly like the vegetable dishes: burnt broccolini with black bean butter, dry fried green beans with pork, eggplant with roast pork belly and preserved vegetables. The house fried rice, with shredded roast duck and preserved vegetables, is a must as is the prawn omelette with XO sauce and the flash-fried lamb in Sichuan oil. Go with a group and try as many dishes as you can: none of them disappoint. Happy Boy has always been and still is amazing value. It has a very tight, well-constructed list of Australian wines to boot. It’s no surprise this restaurant is always buzzing.

A New Woodfire Restaurant From One Of Brisbane’s Best Chefs

AGNES is an opening that has sent Brisbane into a buzz with its smoked potato sourdough, Basque cheesecake and yuzu doughnuts. The woodfire restaurant, set in an old brick warehouse, was due to open just prior to the Covid-19 outbreak. With the lockdown, the team had to think quick and switch things up on the fly: enter its pop-up bakery and bottle shop. The demand that they created with this interim solution is nothing short of amazing: queues stretched around the street daily, and for good reason. If what it was producing is anything to go by, Brisbane should be very excited for what chef Ben Williamson (ex-Gerard’s Bistro) is cooking at the newly opened restaurant.

Bird’s Nest Yakitori is churching out the tastiest chicken sticks in town. Making something that’s so good look so easy is a testament to industry pros. The whole thing is a slick operation. There’s obviously a lot of love that goes into the preparation of the chicken and the execution is just bang-on. No part of the chicken goes to waste: it’s all here and it’s all good. The hearts, livers, cartilage and skin. The chicken oysters, gizzards and tails are a few of my favourites. Just add sake and beer. Perfect. If you’re after slick, modern Japanese food, go to Honto. It’s hidden down a back alley in Fortitude Valley. You walk in and it’s this really dark, sexy space. There’s lots of groovy katsu sandos – like lobster or eggplant – sashimi and dumplings. It’s really cool.

Julius Pizzeria is still Brisbane’s best pizza. It’s awesome. I go regularly and usually order the same pizza: pork and fennel sausage with parsley and red onion. It doesn’t miss a beat and it’s still as packed as ever. At 5:30pm it will already be bursting at the seams, but the drilled and confident floor staff turn busy into fun busy. There’s something to be said for a restaurant that just makes shit happen: where you walk in and you just know that the staff are going to make whatever needs to happen, happen. It’s just great.

An Old-Timey Bar With Over 200 Whiskies

When it comes to bars, Brisbane punches above its weight thanks to more conducive – at least compared to other Australian states – licensing laws for small venues and the ability to trade after dark, the bar scene is strong. The Gresham has won every bar award one cares to mention and for good reason. The bar, set inside a heritage-listed building, quickly established itself as an institution with industry workers and those in the know. From the playlist of mostly 70s rock to the fact that you can get a tin of XXXX Gold (a local Queensland beer) or nerd out over the wall of more than 200 whiskies, it’s just so good.

Burnett Lane in the CBD has been threatening to evolve into something cool for quite some time. With the addition of Death and Taxes it feels like it’s finally hitting its stride. This is a very grown-up cocktail bar, but not one that’s too grown up to be fun. With serious stocks of fancy spirits, cold beer and capable, willing staff, time can really get away from you in this place. As it goes, “tis impossible to be sure of anything but death and taxes.”