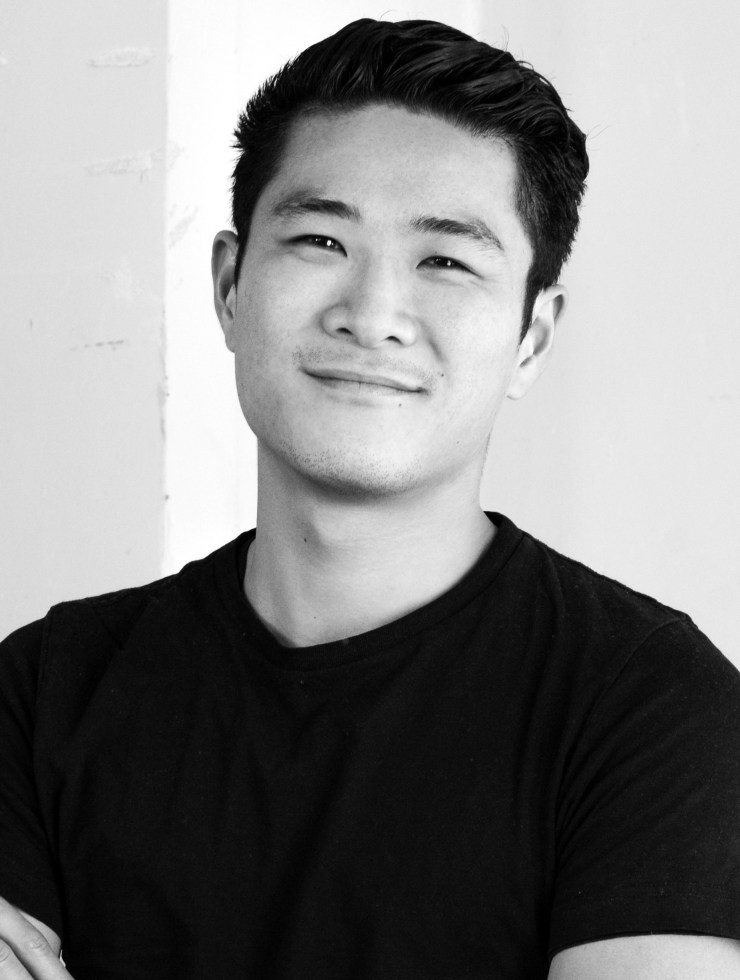 Born in Seoul but adopted by a Danish couple, Kristian Baumann has seen the evolution of Copenhagen’s dining scene from up-close. His resume reads like a who’s-who of New Nordic cuisine and includes pioneering restaurants such as Relae, Manfreds and Noma. Previously the chef-owner of restaurant and all-day coffee and wine bar 108 by the city’s harbour, Baumann redefined Nordic food and made it accessible to all. He’s taken a journey back to his birth place and opened Korean restaurant Koan when he cooks using the best of Danish ingredients.

ILUKA is a great neighbourhood restaurant that I go to quite often. It’s extremely underrated, but it’s going to take off. Chef-patron Beau Clugston really takes the extra step to make sure that guests have a unique experience. It’s all seafood based, and he has most of the stuff flown in from the Faroe Islands. For most people, they’ve never eaten a langoustine, or beautiful open sea urchins that are so fresh. I mean, that’s not normal here in Denmark; produce of that quality has always been reserved for the high-end restaurants. And it’s affordable. He’s sacrificing the man hours to make sure that the guests can have it at a reasonable price. He’s doing really well, and it’s a personal favourite of mine, for sure. It’s a very casual restaurant, so it’s easy to visit. And they also have a very strong wine list. For anyone visiting Copenhagen, they should for sure go and check it out.

Rosio Sanchez has her restaurant Sanchez, but she also has two taquerias. On a beautiful summer’s day, I really like to swing by Hija de Sanchez, her taqueria in the Torvehallerne’s food market, to grab a few tacos.

I really liked going to Relae (which permanently closed) because it’s the kind of place that felt like coming home. I helped Christian Puglisi open the restaurant together with head chef Johnathan Tam. Christian is not just my former boss, I also consider him as one of my former mentors, and the work that he does for Copenhagen, and for the future chefs of Copenhagen is great. He’s really doing a lot – together with many other people – to make sure that the people coming up in the kitchens of today have a better opportunity than what many people have had in the past. I also like going to Geranium and visiting chef Rasmus Kofoed and the team there. Actually, I celebrated my last birthday at Geranium. It’s a beautiful restaurant and what they do, I really respect and admire them for. I often have a very good meal over at Marchal, where my friend, Andreas Bagh is the head chef. It’s inside the oldest hotel in Copenhagen, d’Angleterre; it’s beautiful, really so beautiful. It’s French cooking that’s very consistent and incredibly good. I really enjoy dining there.

If I’ve been away from Copenhagen, the one thing I crave is rye bread. And it’s not so much about the charcuterie, or the pate, or the toppings – just very good rye bread. And it doesn’t even have to be toasted. To me, that’s the definition of coming back home. I really like Juno and really admire what they do there. I’ve known Emil Glaser (a former Noma chef) for a long time and admire the fact that he went out on his own with his wife (who does the book-keeping). He was never actually a baker but was fortunate enough to have people around him to help in the beginning, and the bakery really taken off. They’re delivering a great product at Juno, and are favoured amongst many, many, many people here in Copenhagen, which says a lot – especially nowadays when there are so many bakeries here. To me, Juno is for sure one of the best. I always try to stop by to have a cup of coffee and a cinnamon bun; just as long as the line isn’t too long.

One of my favourite bars in Copenhagen is TATA, at Hotel Sanders. It’s a beautiful boutique hotel, and the bar, in my opinion, is the best bar in Copenhagen. It’s a very nice bar, extremely consistent and they always remember you. The service and the quality they provide is incredible. If it’s not a Negroni, then I might have a Martini with the twist and olives on the side – I’m very much into all the classical things. Balderdash is another good place for cocktails; it’s owned by this guy called Geoffrey, it’s in the centre of Copenhagen.

A Journey Back To My Birth Country

Koan is a Korean-inspired restaurant that respects our terroir and uses produce from here. It started off as a pop-up at Empirical Spirits but now has a permanent home at Relae. A koan is a riddle-like question in Zen Buddhism that the master asks the pupil. Something like: “What is the sound of one hand clapping?” It’s not a question with a correct answer, but something that gets people to open their mind and break boundaries. Koan is the beginning of that as well as me taking baby steps on the journey back to my birth country, Korea. I really identify with Korea. When I’m there riding the metro alone I feel at home. Everyone looks like me. I look like them. It’s a very strange feeling. I have a lot of love for Korea. I want to bring some of that back to the guests here and share those experiences through my perception of them. We don’t have kimchi on the menu. There’s no gochujang or anything inspired by kimchi jigae. It’s more about the flavours and the look of things. Something like squid that simulates live raw octopus. The squid has been cured in seaweed for 24 hours and is then lightly scored and brushed with a garum of its own guts on one side, and a paste made from roasted seeds similar to sesame on the other. We serve it with a little bit of caramelised seaweed, warm mushrooms, Empirical hot sauce and sourdough bread miso.